The Leveque Hotel: A Beacon of Hospitality

The Leveque Tower has been a beacon of the Columbus skyline since 1927. This iconic Art Deco building was built by the American Insurance Company as an office building with 600 hotel rooms. The attached Palace Theatre remains one of the city’s landmark show venues. Standing 555′ 5″ tall,  the tower was purposefully constructed five inches taller than the Washington Monument in Washington DC, making this the fifth tallest building in the world at the time. The Leveque’s 47 stories are topped with floodlights that could be seen up to twenty miles away, serving as a navigational aid to planes. The pinnacle of the building was designed to provide potential moorings for zeppelins and later housed radio antennas. Since then, the Tower has gone through decades of incarnations and states of disrepair. New life was breathed into the building in 2017 when Marriott’s Autograph Collection developed several floors into a luxury boutique hotel with 143 rooms and suites.

We had the opportunity to spend two nights downtown, using the Leveque Hotel as our base of exploration. It is conveniently located within walking distance of most of downtown’s major attractions and only a short drive or bus ride to German Village, the Short North Art District, and Ohio State University‘s campus. We decided to leave our car parked in the adjacent garage and walk to various places on our to-do list. But, not before spending some time exploring the hotel and enjoying the room.

Keeping in line with the building’s Art Deco roots, the guest rooms hearken back to an era known for its’ glitz and glamor. Accents of gold, bold geometric shapes, opulent marbles, intricate metal work, and touches of animal prints evokes the sumptuousness of the Roaring 20’s and 30’s. The standard bedrooms are quite spacious, while the suites are nearly 800 square feet with attached living and dining room, along with an efficiency style kitchenette.  We had a tenth floor king, but no matter which room you choose, there is plenty of space to spread out. The bathrooms, however, are the piéce de resistance of each space. Ours had a huge walk-in shower with both a handheld wand and rain shower head. The toilet was in an entirely separate water closet, while the suite bathrooms had a large soaking tub-shower combination.

Lovely touches throughout the room and hotel tied in the underlying theme of the Leveque Tower being the original beacon of Columbus: whimsical artworks depicting constellations, star-like motifs, and even a telescope lends to this. The Marriott’s reimagination of Art Deco speaks to how this fiercely unique American style from the early twentieth century remains contemporary and exciting today.

Next up…. our fabulous cocktails and dinner at the hotel’s French-inspired restaurant, The Keep Kitchen and Liquor Bar. 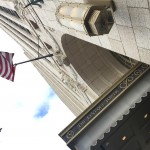 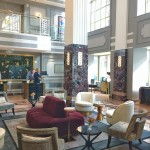 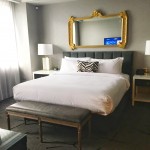 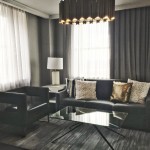 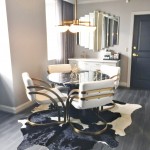 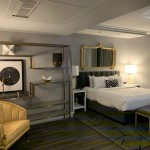 Touches of gold and glimmer 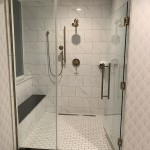 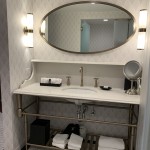 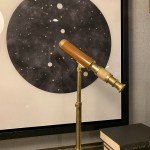 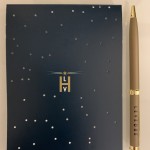 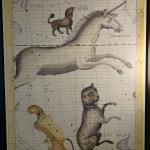 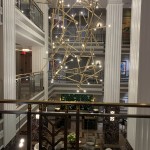 Stars in the lobby 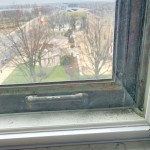 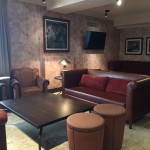 Entrance to the Liquor Bar 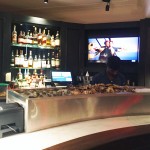 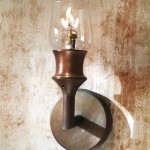 Light fixture in the Keep