“The Grande Dame of the Sea”: Wentworth By The Sea | New Hampshire

In an effort to research some of America’s great hotels for my book America’s Grande Dames, I discovered this majestic beacon perched on a hill overlooking the island of New Castle, just near Portsmouth, New Hampshire.

Wentworth-by-the Sea has an aristocratic ring to it. It was in fact built by a local ale tycoon in 1874 and dubbed the “Grande Dame of the Sea” as its architecture was inspired by the elegant ocean liners of the time. The majestic “ship building” hosted an array of colorful figures ranging from Annie Oakley and Gloria Swanson to Prince Charles and many American Presidents, earning it landmark status as one of the Historic Hotels of America by the National Trust for Historic Preservation. Wentworth is a Marriott franchise (for those collecting frequent traveler points), but is owned and operated by local hoteliers, Ocean Properties, Ltd.

I arrived on a chilly mid-September day just as the leaves began to turn and it was well beyond swim season. The cozy lobby fireplace set the tone for what ended up being a lovely fall visit to New England with warm, sunny afternoons and crisp evenings. The fire was a welcomed hint of autumn. The rooms were restrained in decor, but modern and comfortable with lovely views over the water and gardens. An indoor pool and jacuzzi is set in a grand, column-lined atrium invoking the nostalgic bath houses of the late nineteenth century, when the hotel was originally built. Another architectural detail nodding to the past is a great porch that wraps almost entirely around the first floor, with one end cleverly echoing the prow of a ship. A variety of cushy patio furniture, Adirondack chairs and bistro table seating provides guests an opportunity to bask in a sunrise or sunset or enjoy a cocktail and appetizer al fresco.

Speaking of appetizers… The food at Wentworth By The Sea is top notch. Everything from the casual waterfront dining on chowder and wings at Latitudes to the high-end dishes turned out by the chef at Salt Kitchen and Bar was thoughtful and well-executed. I spent the better part of two days grazing my way through all of the dining options and was excited to learn Salt is ranked as one of New Hampshire’s best restaurants. I am a believer! Generally averse to buffets, breakfast en masse was impossible to bypass with chef-hosted made-to-order stations, classic and healthy options and mouth watering pastries. Sold! Why pick one, when you can sample it all? A peach raspberry smoothie, blueberry ricotta crepe, bagel and lox and delicious local sausage found a way onto my table. The penance for an indulgent breakfast required a few extra miles during my afternoon run, which followed along a path through the neighboring community and down along the marina.

Lunch consisted of waterfront dining at the nautical-themed restaurant, Latitudes, which overlooks the harbor and staffs an in-season pool bar that was sadly closed during my visit. The chowder swam with clams and a lobster roll was as equally generous with the shellfish. But surprisingly, my favorite bite was an unexpected bit of meat. The “Dark and Stormy” pork wings were slathered in a thick kimchee, dark rum and candied ginger barbecue. If I was not pacing myself with the food, the entire order would have disappeared! But I had happy hour and dinner to consider.

The hotel’s Social Hour is held in the Salt Bar from 4-6 p.m. After a few glasses of wine and chatting with the bartender, it was suggested I order the wood oven roasted meatballs with an Indian Summer cocktail, both of which were fantastic. But, I couldn’t resist more shellfish. A heap of mussels came served in a harissa-white wine, scallion broth. That should have been my dinner, but there was no stopping the culinary oddyssey. Dinner consisted of the mushroom risotto and tastes of a few other entreés, peppercorn skirt steak, chicken saltimbocca and scallops. But, I swooned for the halibut and handspun pasta with artichoke, caper, lemon sauce. I understand why Salt is considered one of the finest restaurants in the state. Food aside, the ambiance, service and scenery helped to make each experience most memorable.

From rooms, to views to food, Wentworth is truly a Grande Dame of the Sea.

Photo Gallery – all photos here are copyrighted to Shawnie Kelley or the Wentworth By the Sea’s gallery. Please do not reproduce without permission. 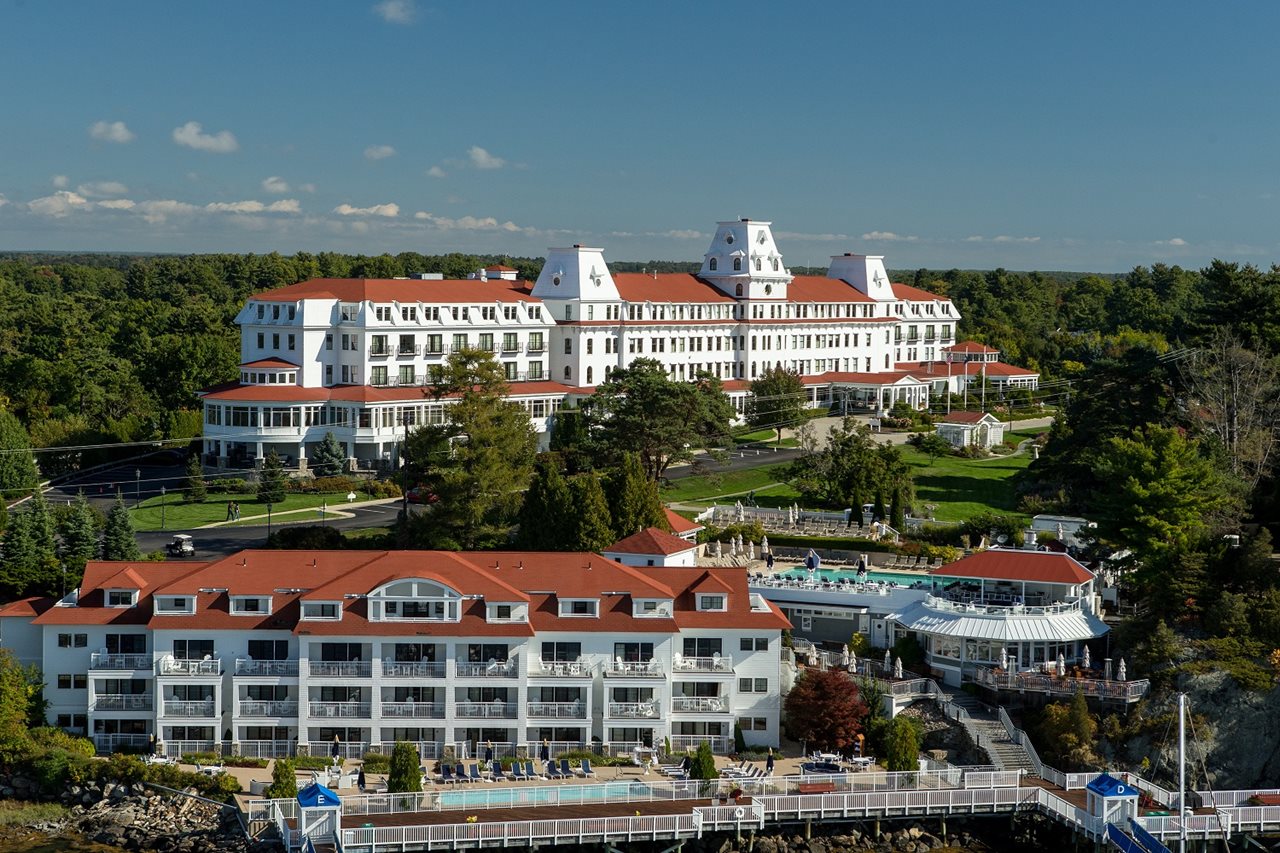 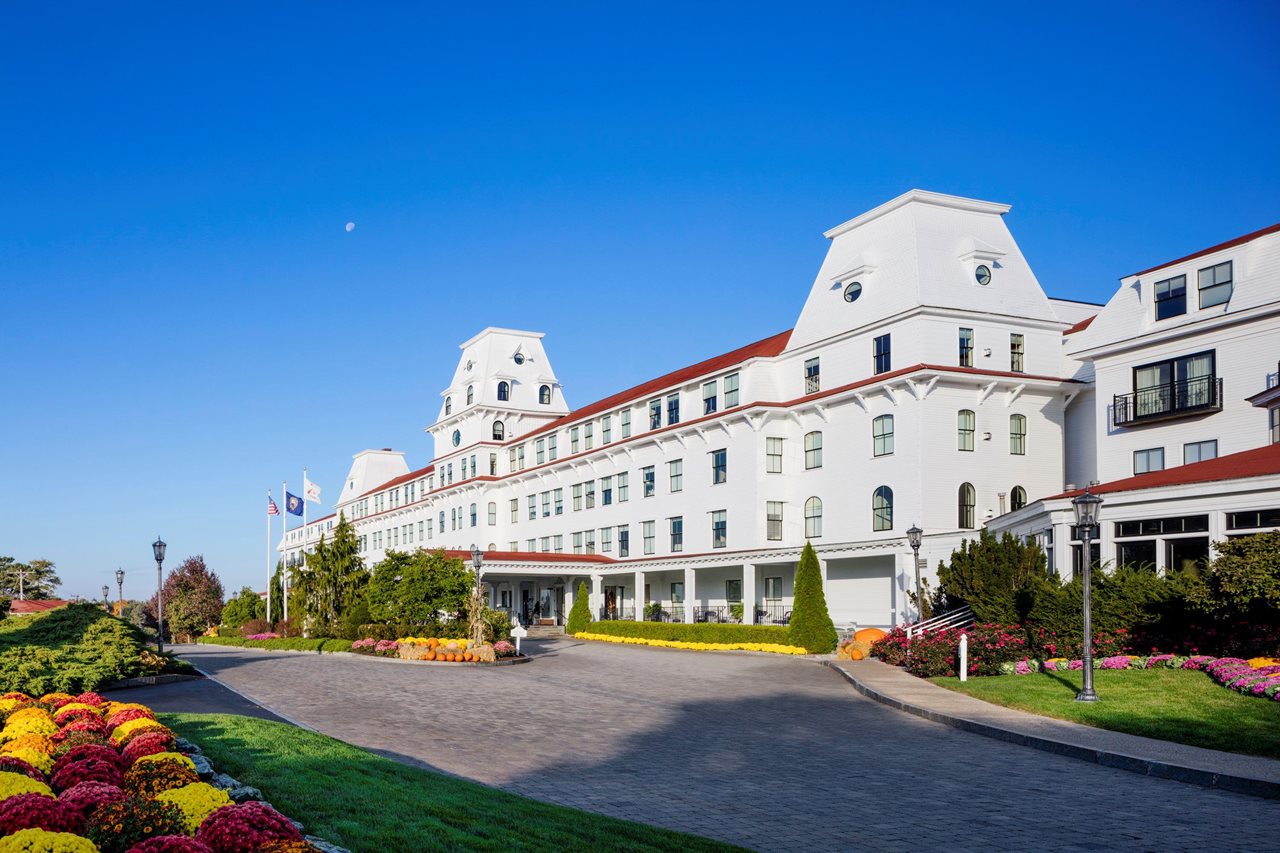 Wentworth by The Sea, New Hampshire. 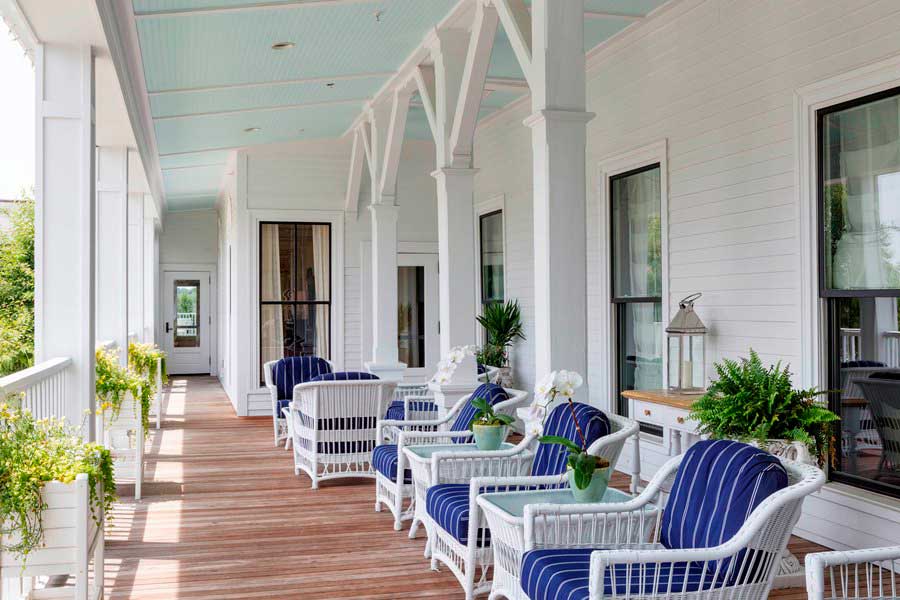 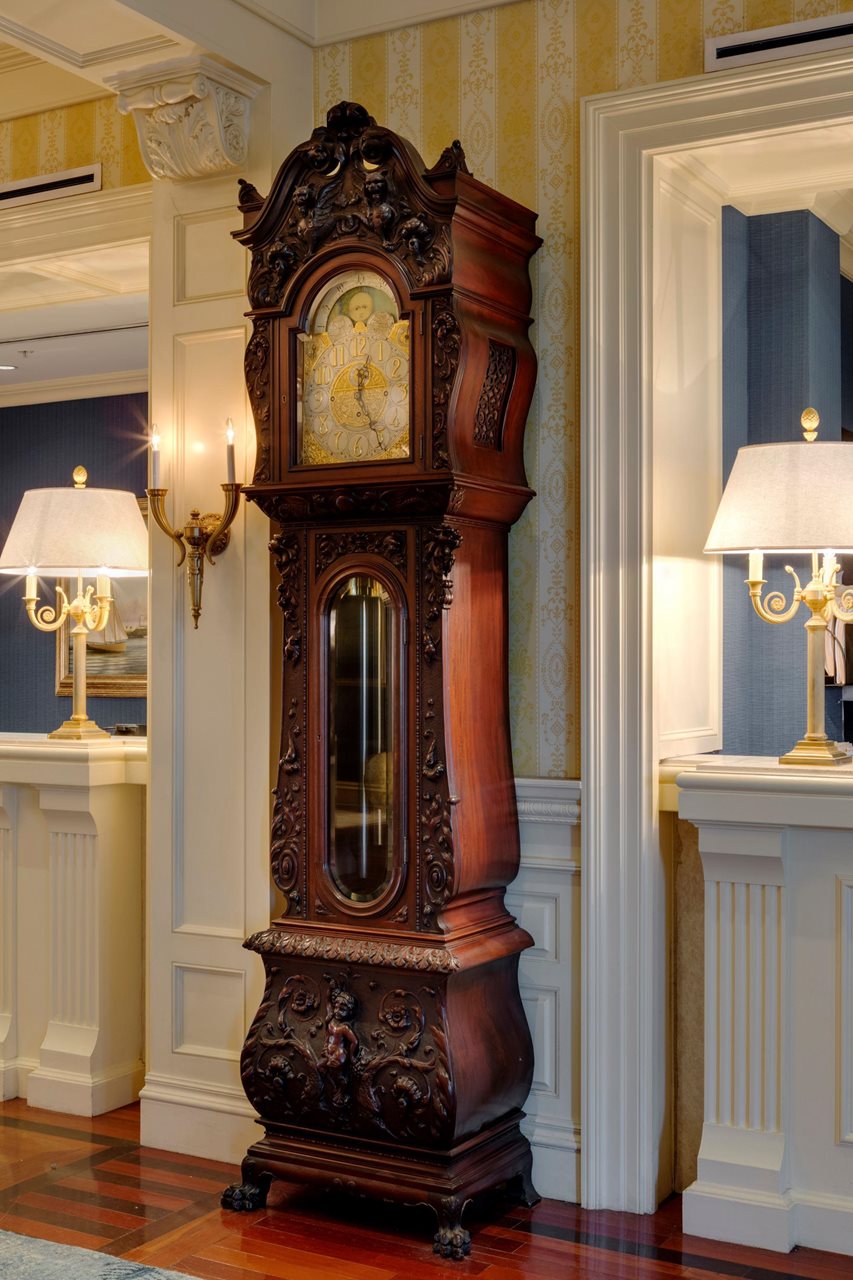 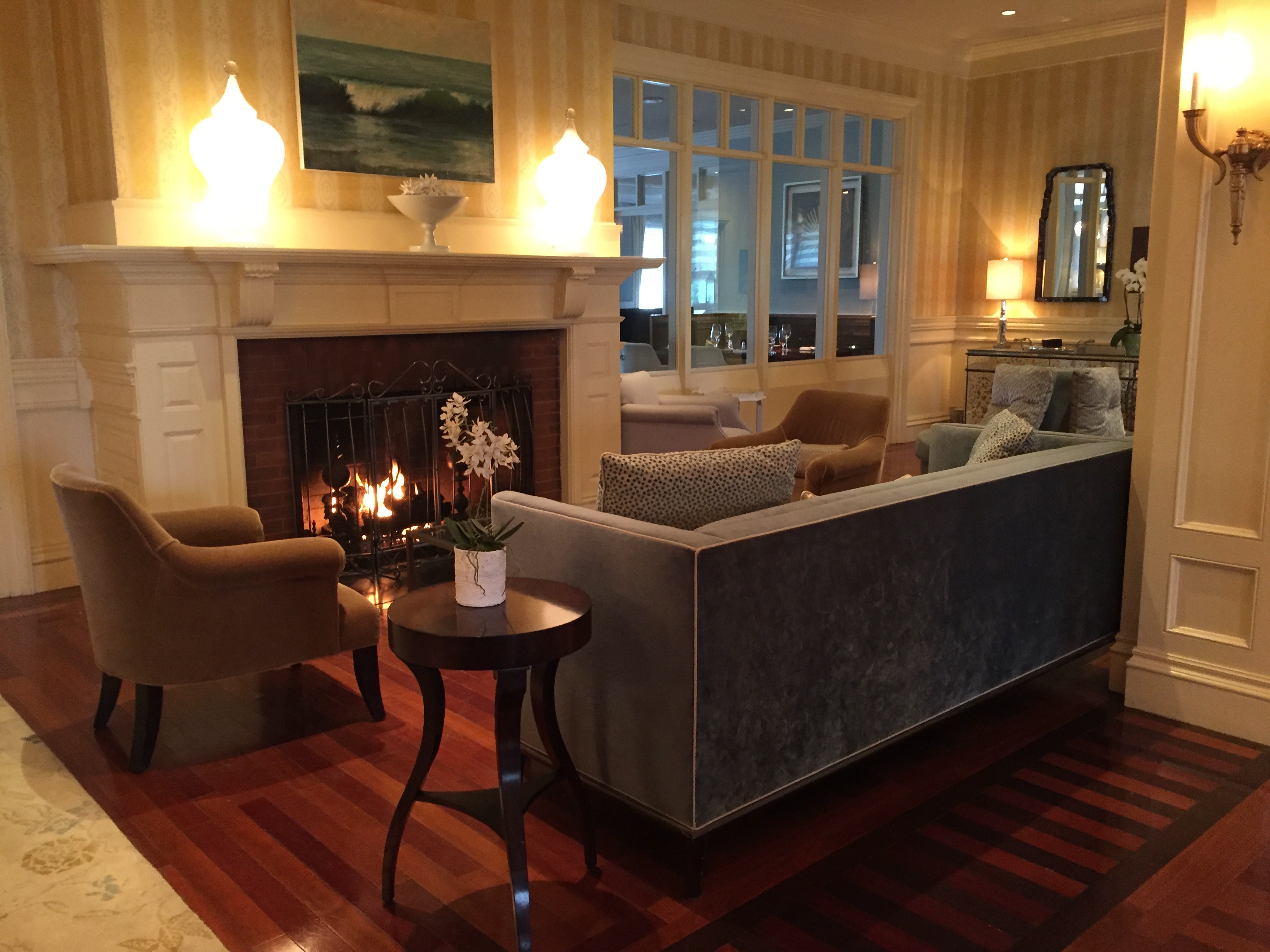 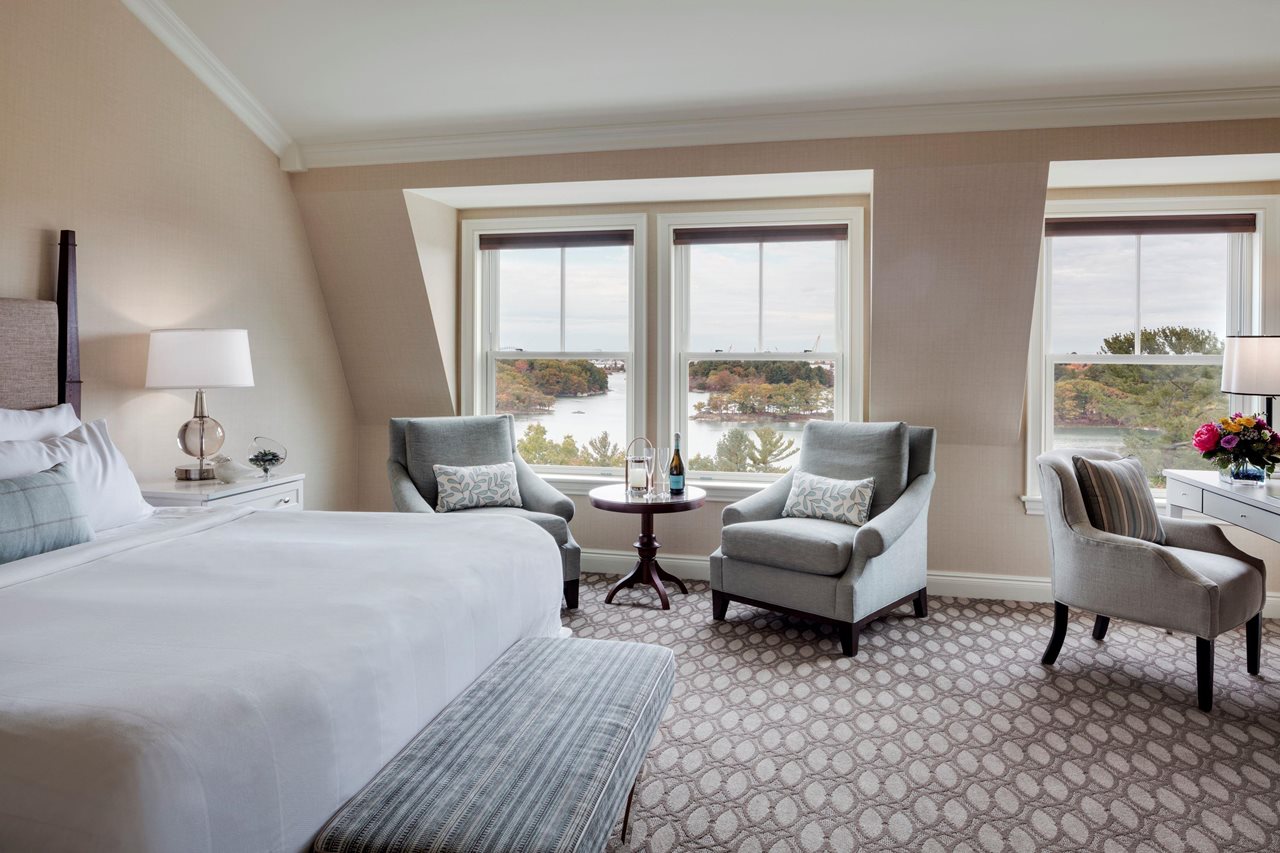 Wentworth by The Sea, New Hampshire. Lovely views over the water. 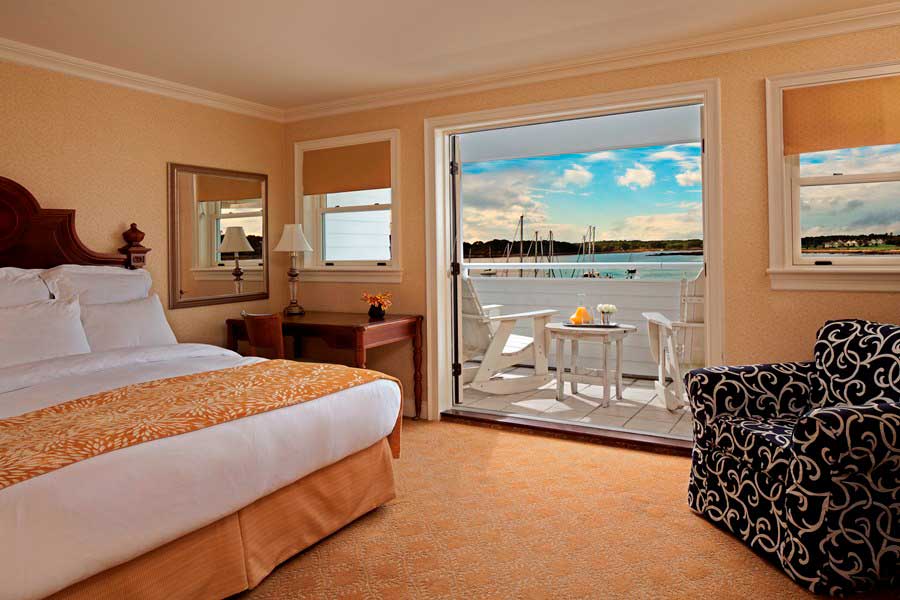 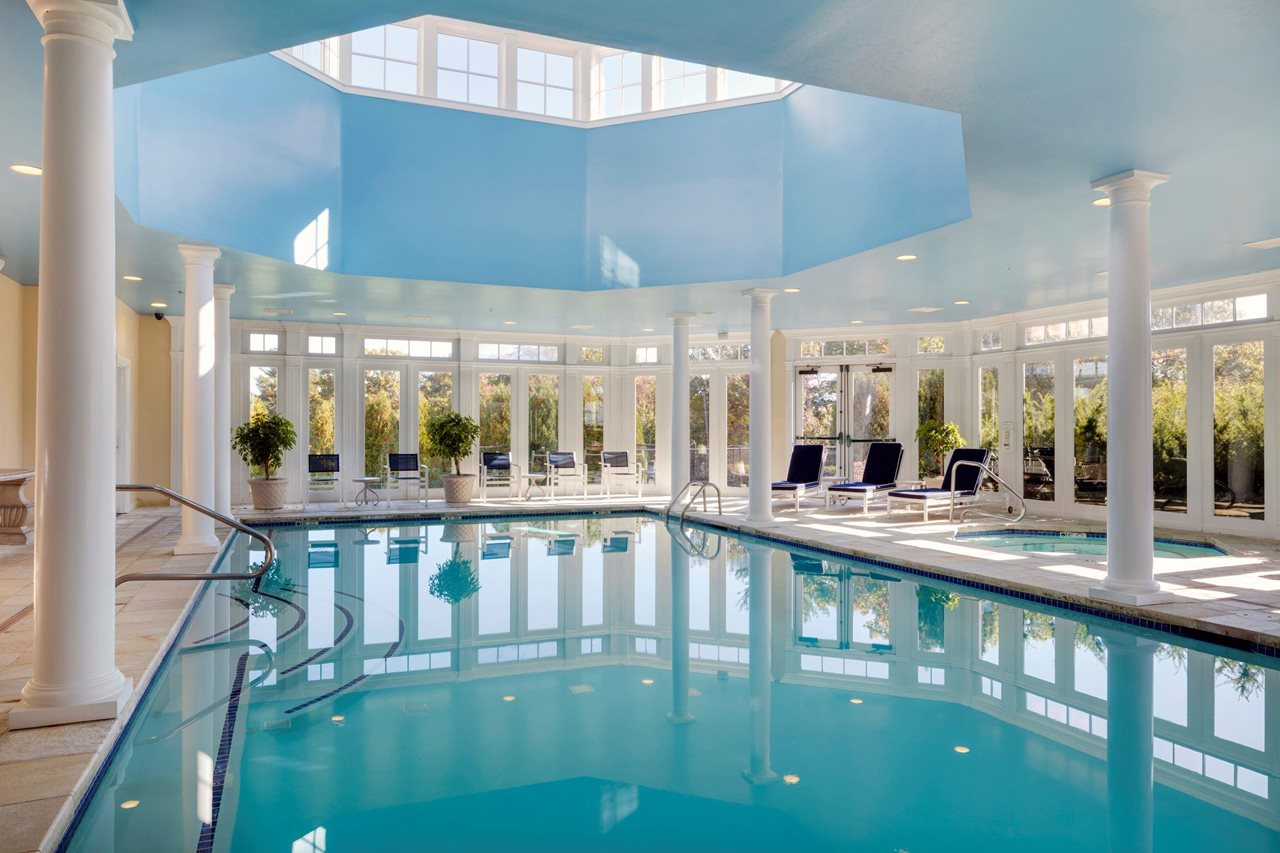 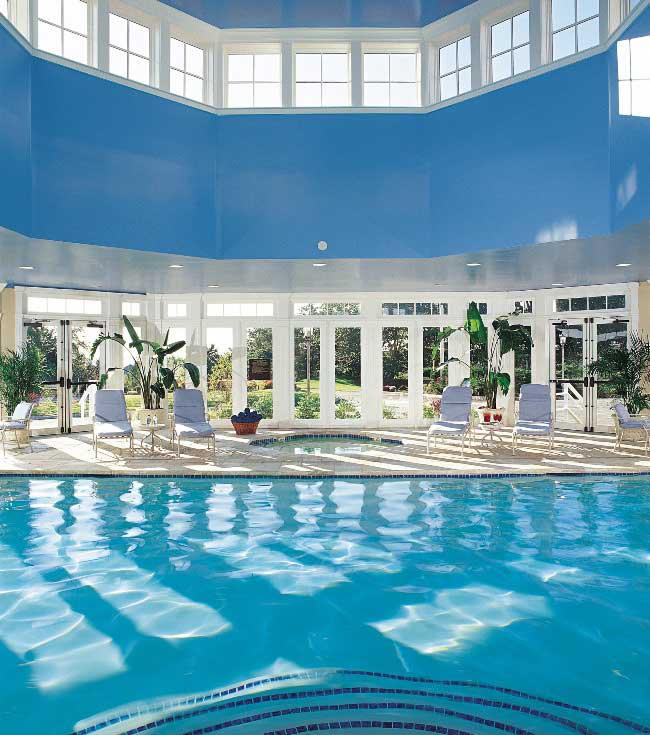 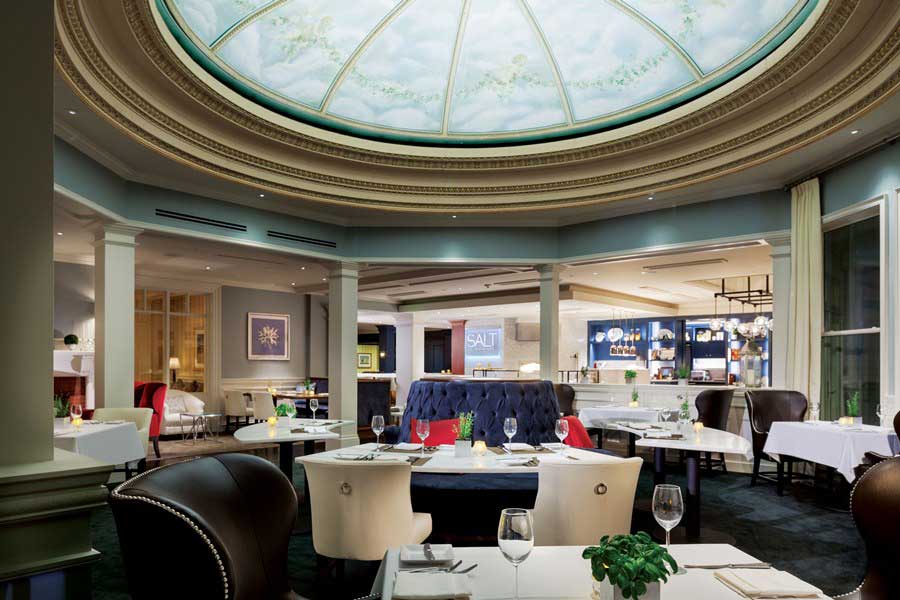 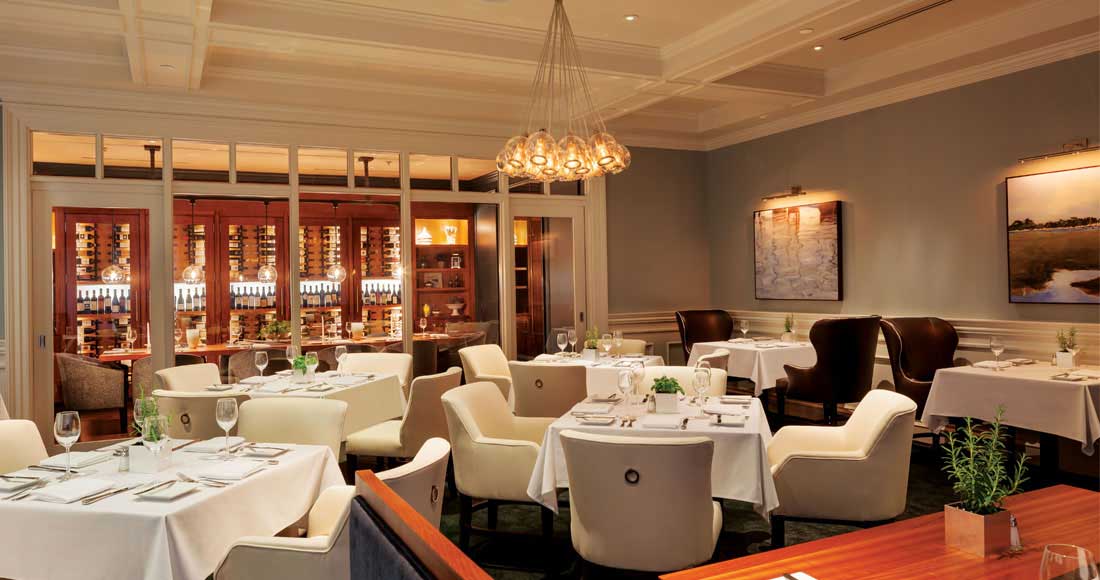 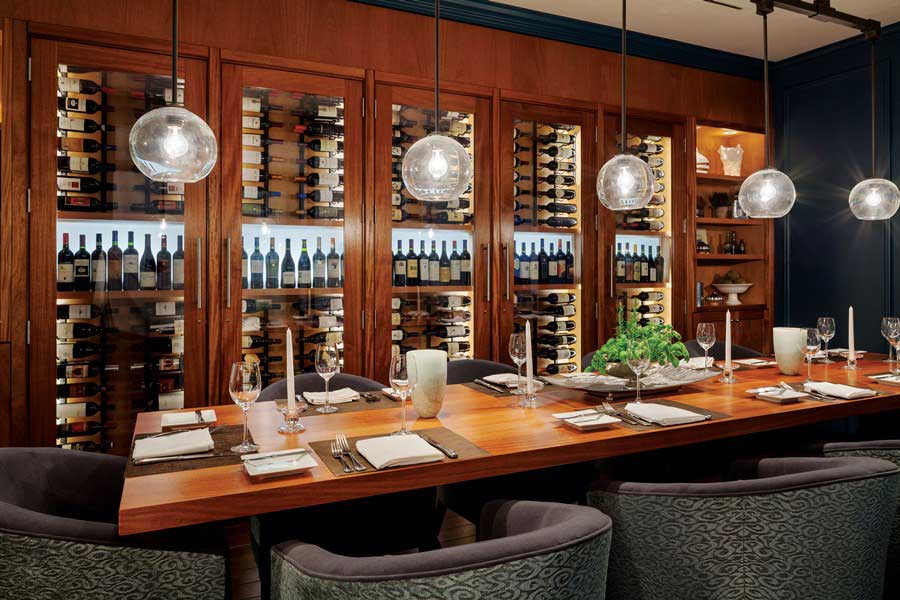 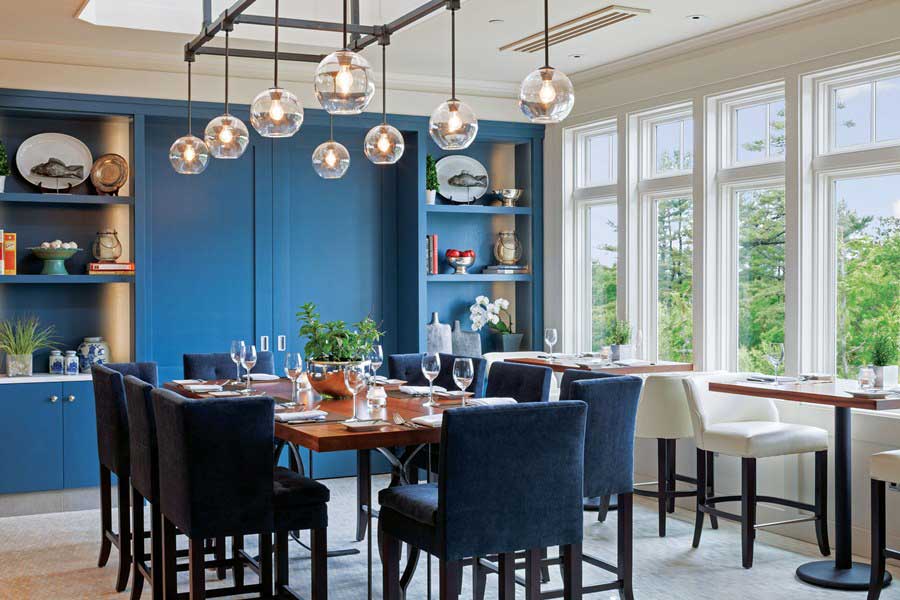 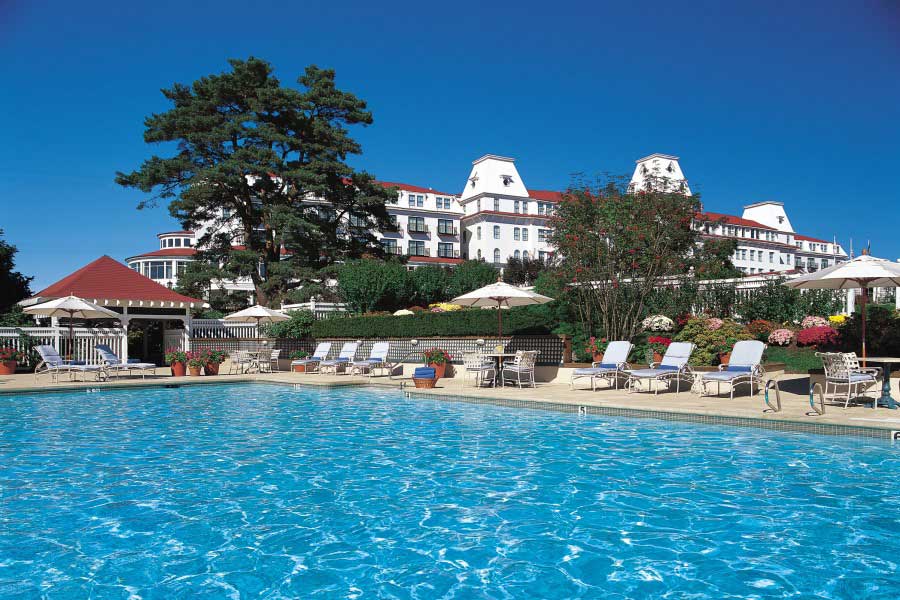 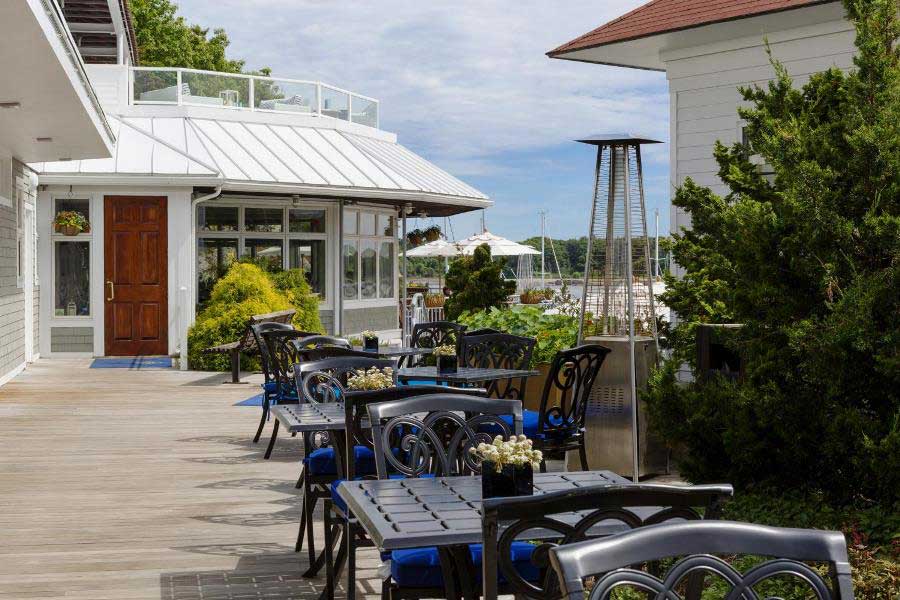 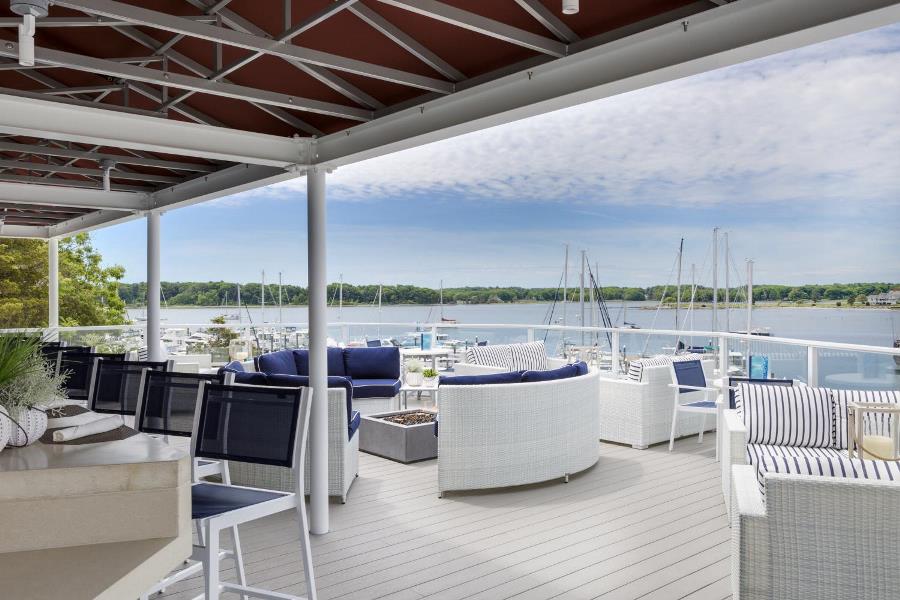 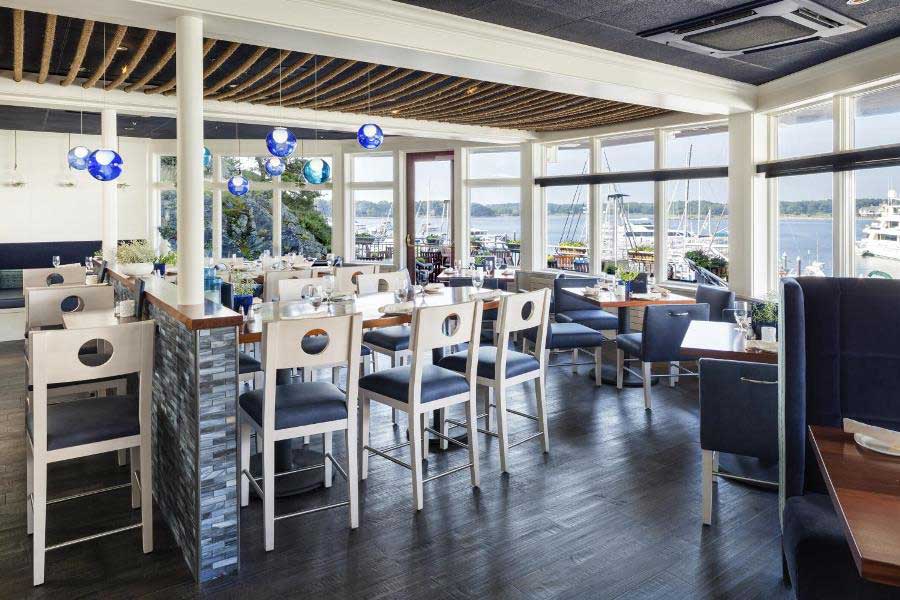 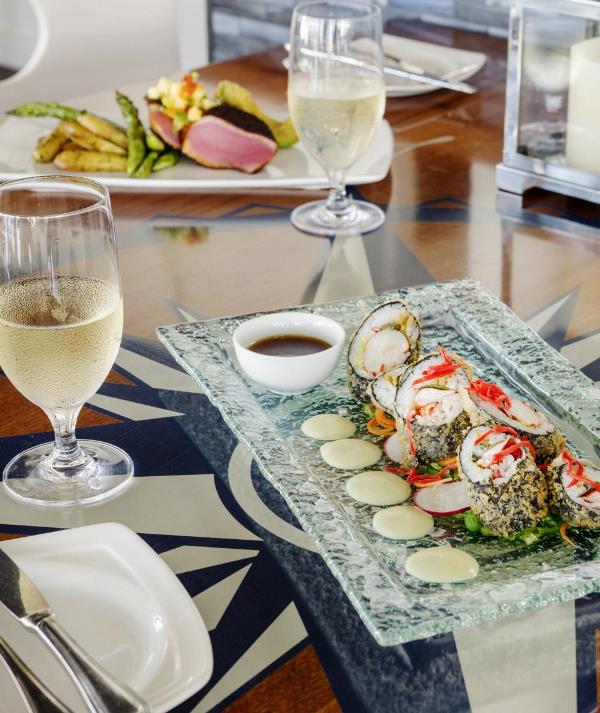 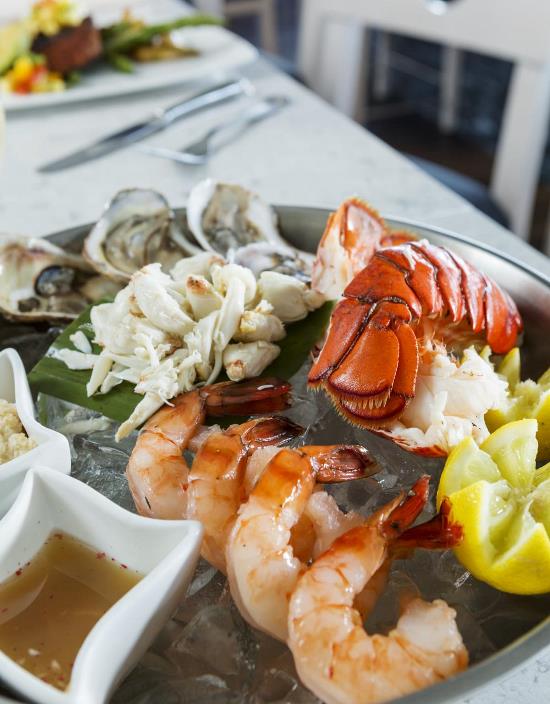 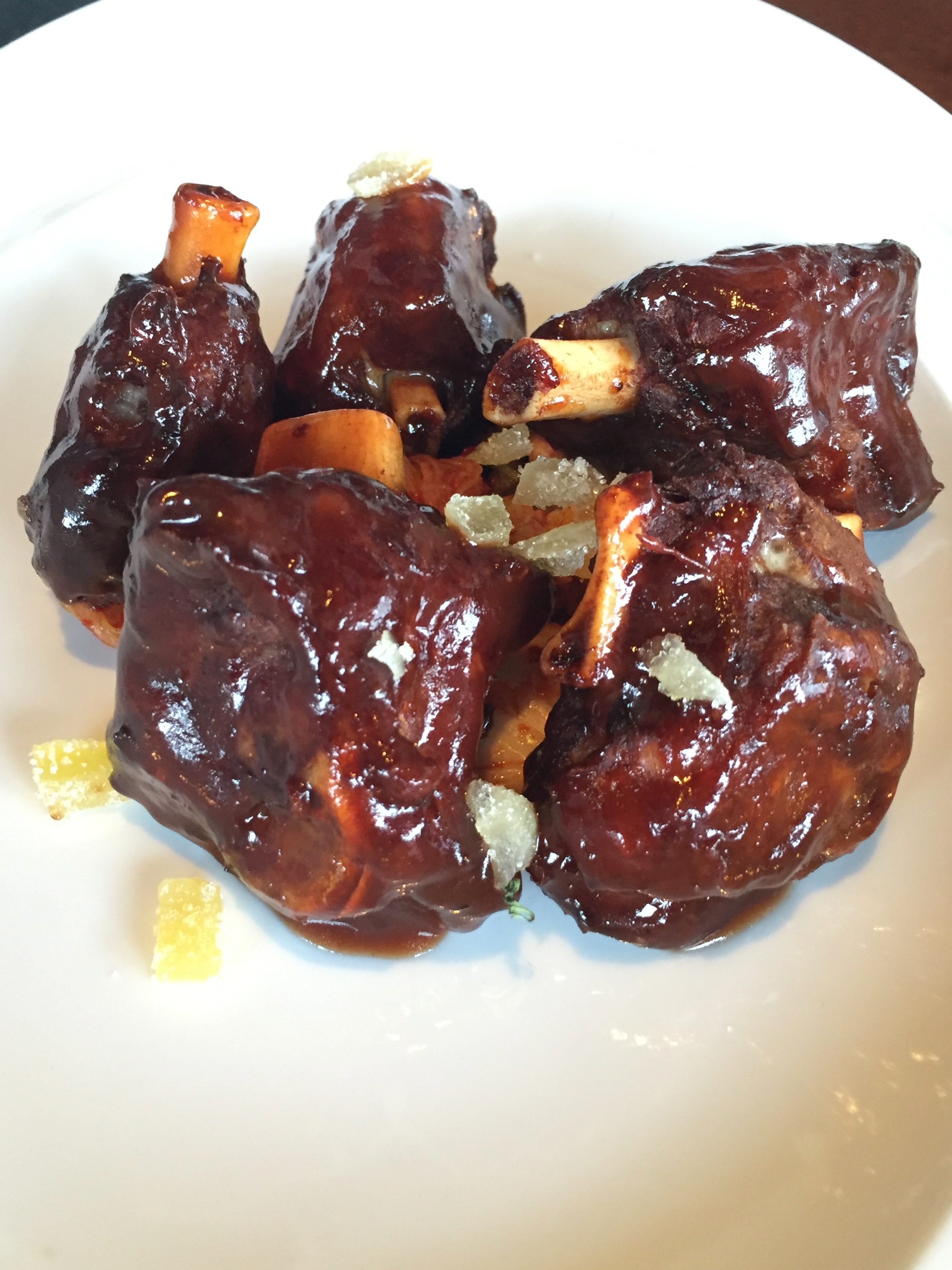 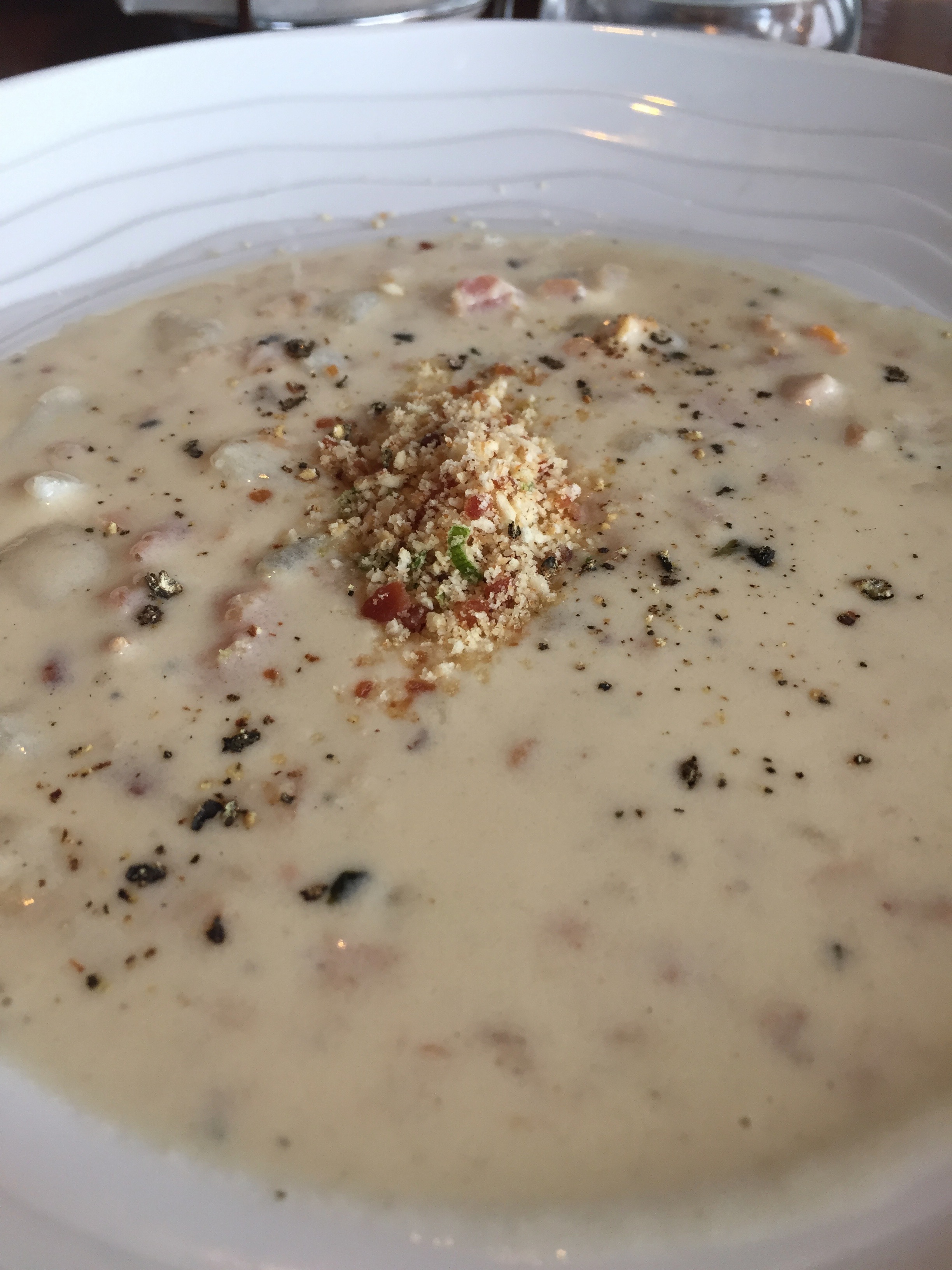 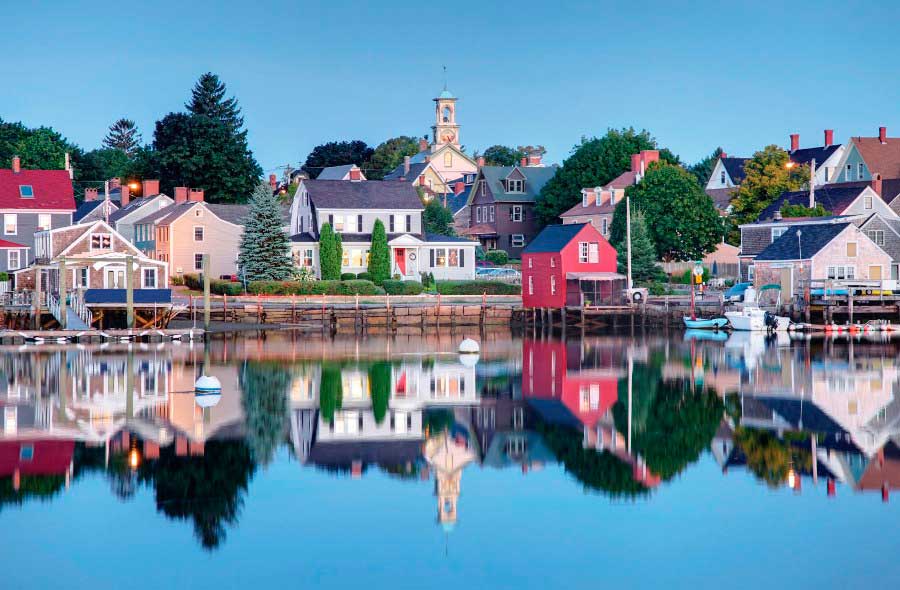