The Feast of Fools : New Year to Mardi Gras (Part 2)

The Party’s Not Over
The Feast of Fools evolved for a thousand years, becoming most popular in France and Great Britain, but reached into Spain, Italy and Germany. By the fifteenth century, the church had enough of the mockery and put an end to the merrymaking by deeming it blasphemous and illegal. However, by the 1540s the Feast of Fools was a part of the fabric of life. The religious aspect of the feast day had been lost in the pageantry, but the feast’s highly-organized format of mock liturgies and playful showmanship is viewed by academics as the precursor to the modern English drama. 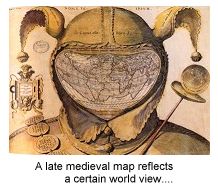 Itinerant costumed actors, or Mummers, carried on the Feast’s theatrical pageantry by traveling house to house, acting out flamboyant plays in exchange for money. The spectacular present-day Mummer’s Parade in Philadelphia owes its existence to these elaborate, medieval holiday processions, which were kept alive by America’s early European immigrants.

The Feast of Epiphany continues to be celebrated on the twelfth night after Christmas and is traditionally viewed as the start of Carnival season. Even though the Feast of Fools was stamped out in its original form, our present-day New Year’s celebrations keep the festivities and sometimes foolish fun alive on January 1, a date that has for thousands of years represented renewal and a fresh start. The Feast of Fools never really went away.
The King Cake 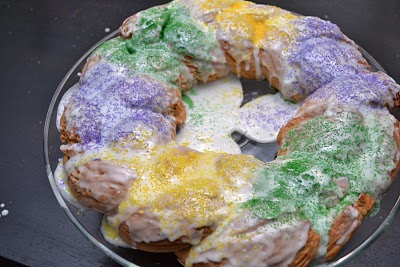 Is that baby Jesus in my cake?
Any ring-shaped gift or food was thought to bring good luck and represented fertility, prosperity, and life coming “full circle.”  The traditional King Cake season is kicked off on twelfth night, which is also the start of the Carnival season and runs until the first day of Mardi Gras. The medieval version of the King Cake was a heavy egg-based, brioche-like pastry that is studded with purple, green and gold candied fruits, the colors representing the magi’s gifts of gold, frankincense and myrrh gifts, hence it’s name “King Cake” or “Three King’s Cake.”
The English version of the Feast of Fools chose both a king and queen by hiding a bean and a pea within the same cake, which was decorated with paper crowns worn by the “monarchs”. This round cake made specifically for the season between the Christmas and the Epiphany, was nicknamed the King Cake or Three King’s Cake. The tradition has evolved from planting a bean to baking a plastic baby Jesus in the cake. 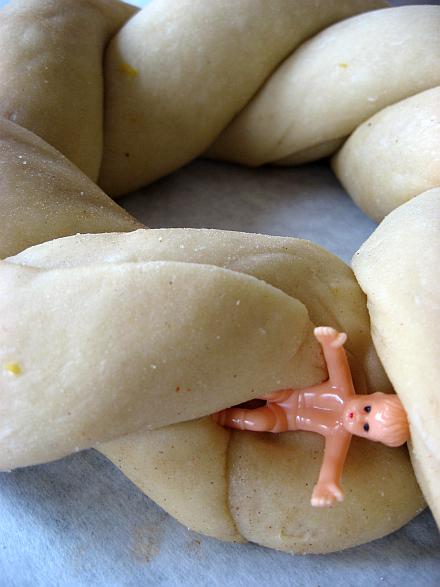