During my last trip to Seattle, the Executive Director of the Seattle Architectural Foundation hooked me up with a private walking tour around downtown. I had the pleasure of spending two hours with Eva Weaver, one of SAF’s deeply knowledgeable tour guides. The customized tour focused on Art Deco skyscrapers in the Northwest style, built in the late 1920s and 30s.

We met in the square at the iconic Rainier Tower. This groovy 31-story building is perched on an 11-story concrete tapered pedestal.  Not exactly art deco, given it was built in 1971, but worth noting as its architect Minoru Yamasaki also designed the original World Trade Center in NYC. 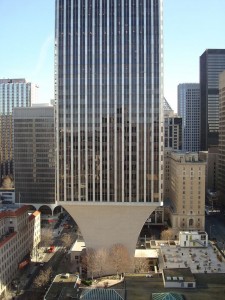 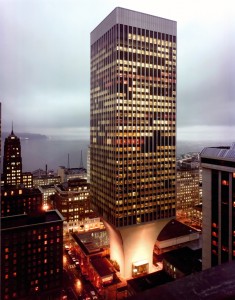 From here we set off on foot to take a look at about a dozen different skyscrapers with fantastic deco details that drew on images from the Pacific Northwest. First stop, the Beaux-Arts style Cobb Building built in 1910 as an early example of a high-rise medical center. One of its most striking features is the sculpted Native Americans on the 9th and 10th floors. 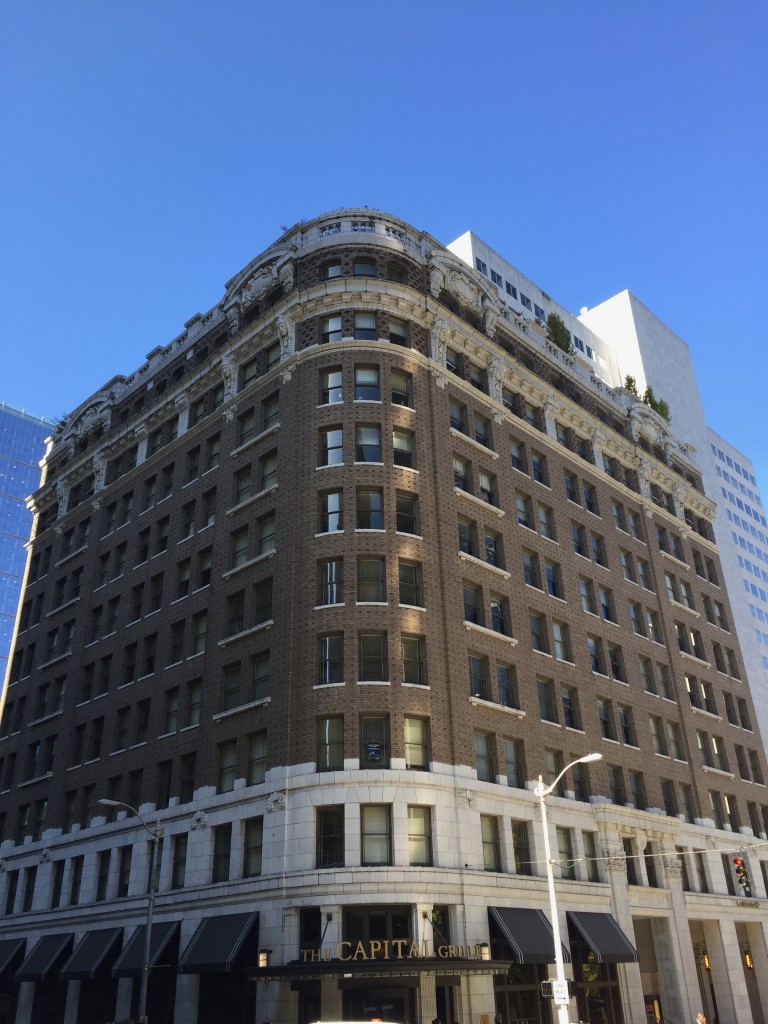 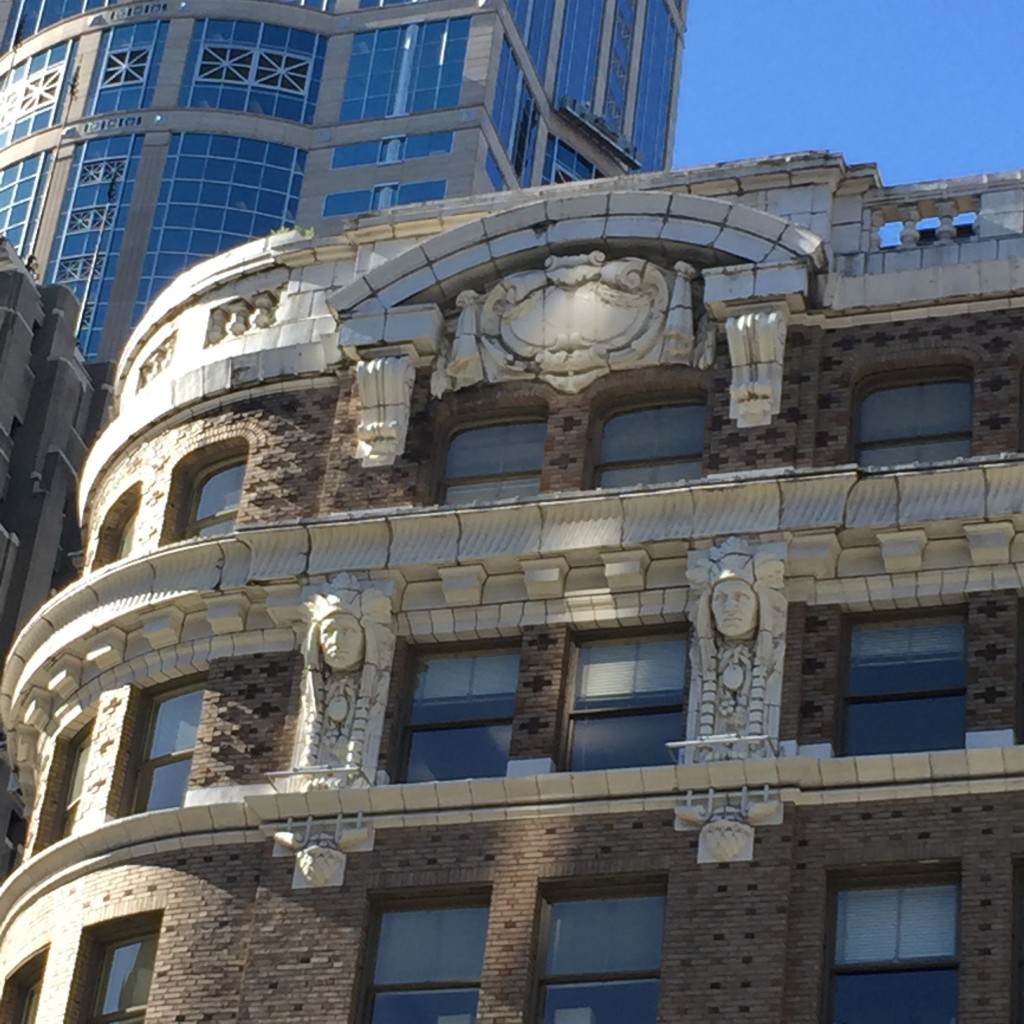 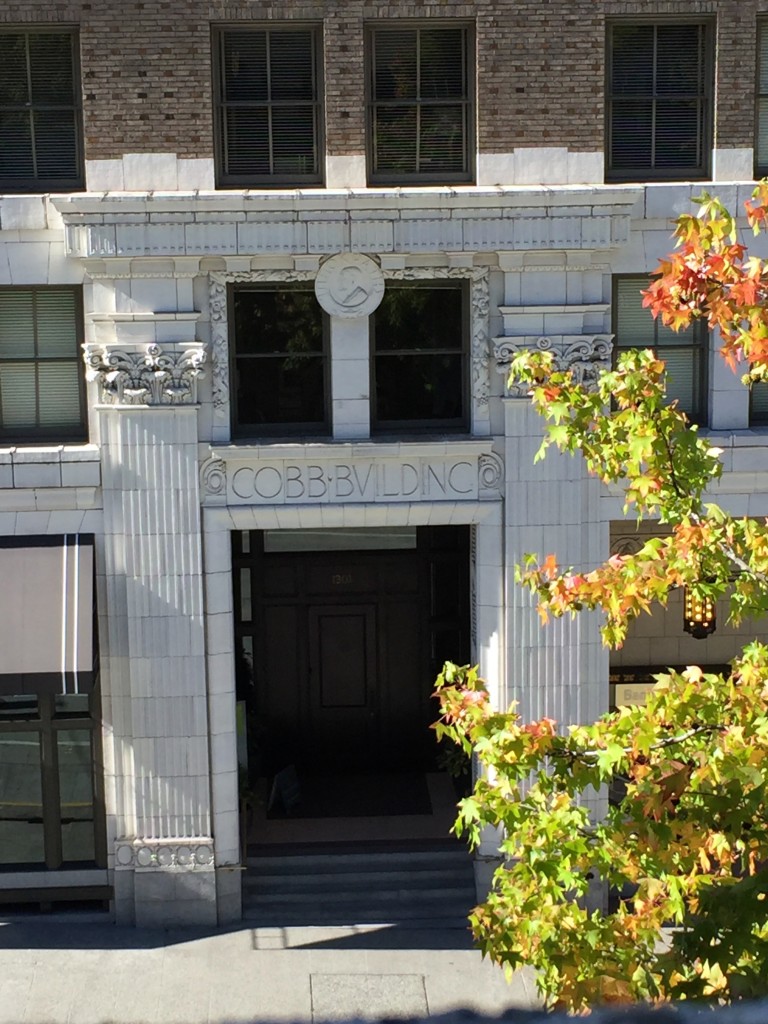 It made sense to start at the beginning with Seattle’s first Art Deco building – the Seattle Tower (now the Northern Life Tower). It was completed in 1928 and its ziggurat (stepped pyramidal) form is said to have been inspired by local rock formations and uses 33 shades of brick to create a color gradient which lightens toward the top of the building. The architectural motifs from this early period are derived from the exotic: Chinese textiles, Mayan and Aztec geometric forms, Egyptian pyramids, and often integrated expensive building materials like fancy marble, precious metals and gold gilt. The extraordinary lobby is loaded with luxurious materials and images inspired by the water, mountains and evergreens of the Pacific Northwest. 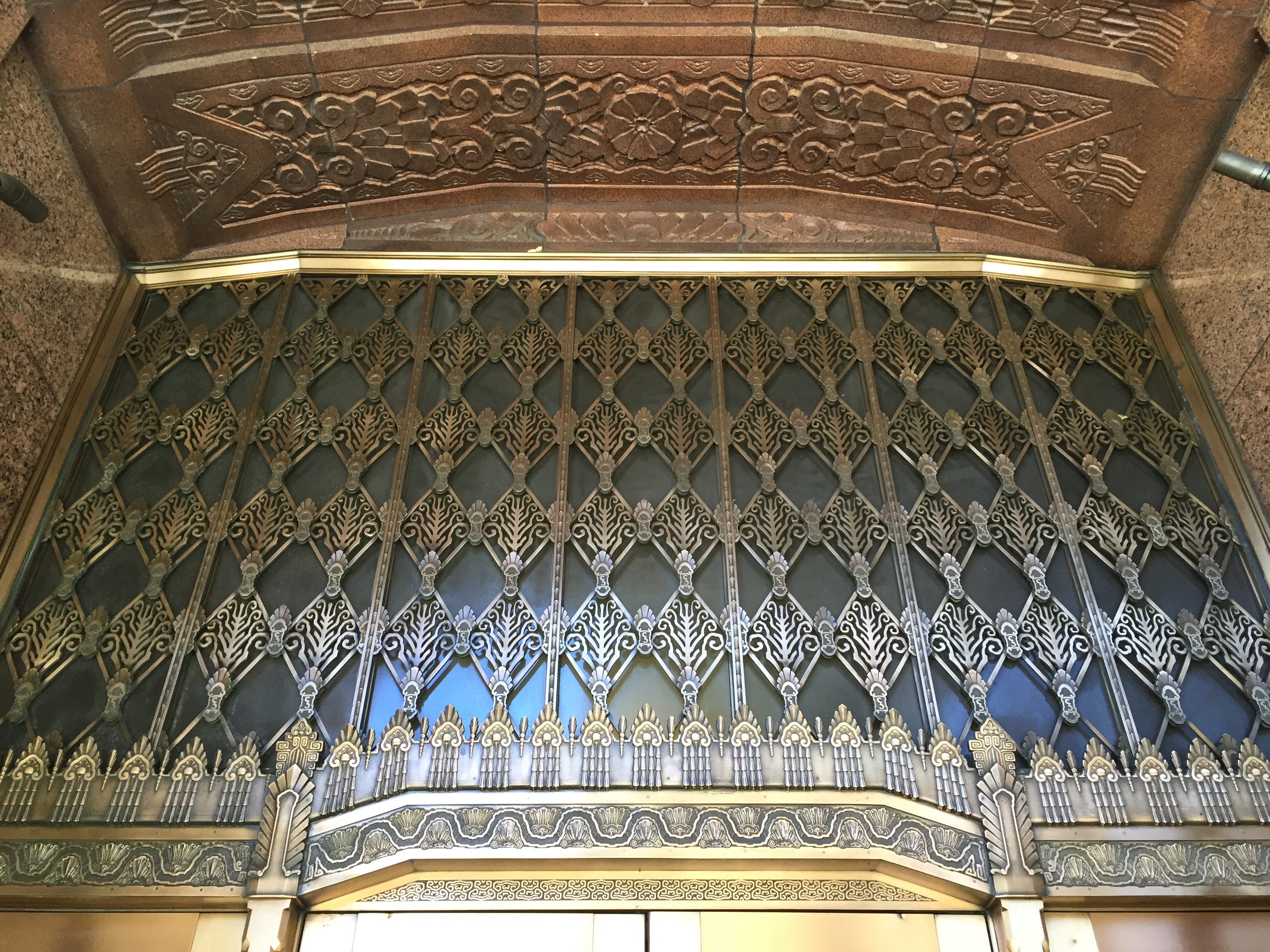 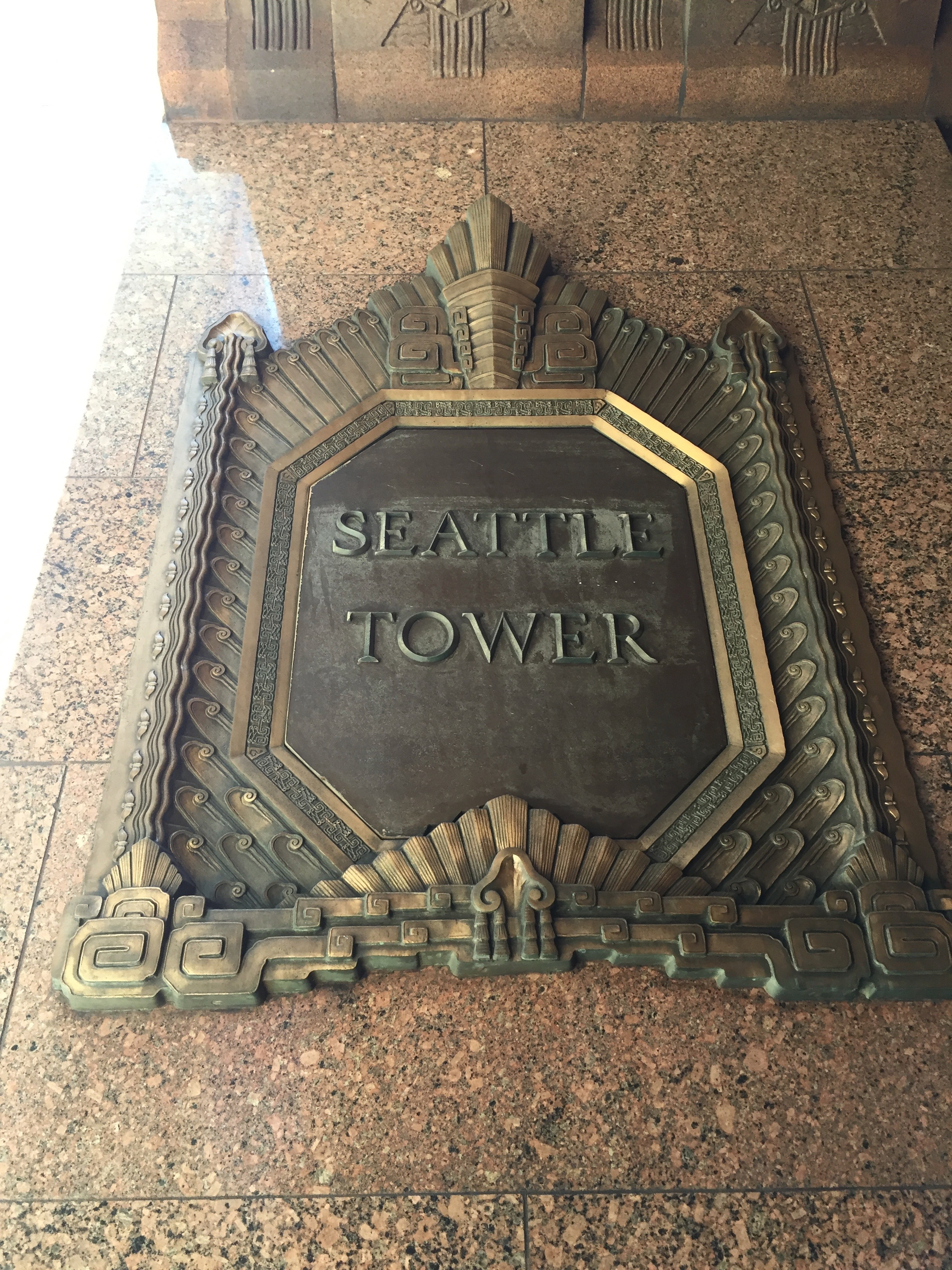 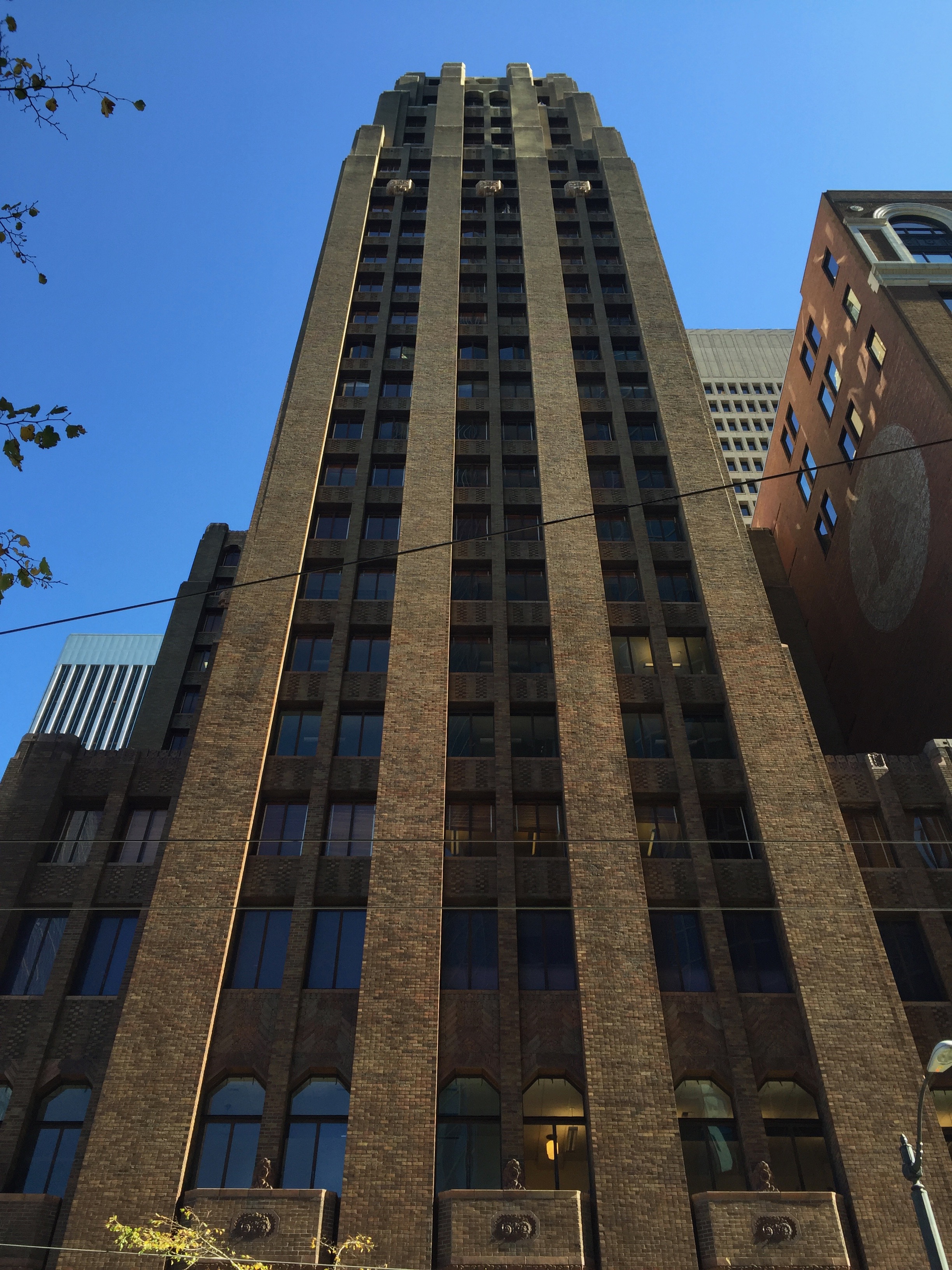 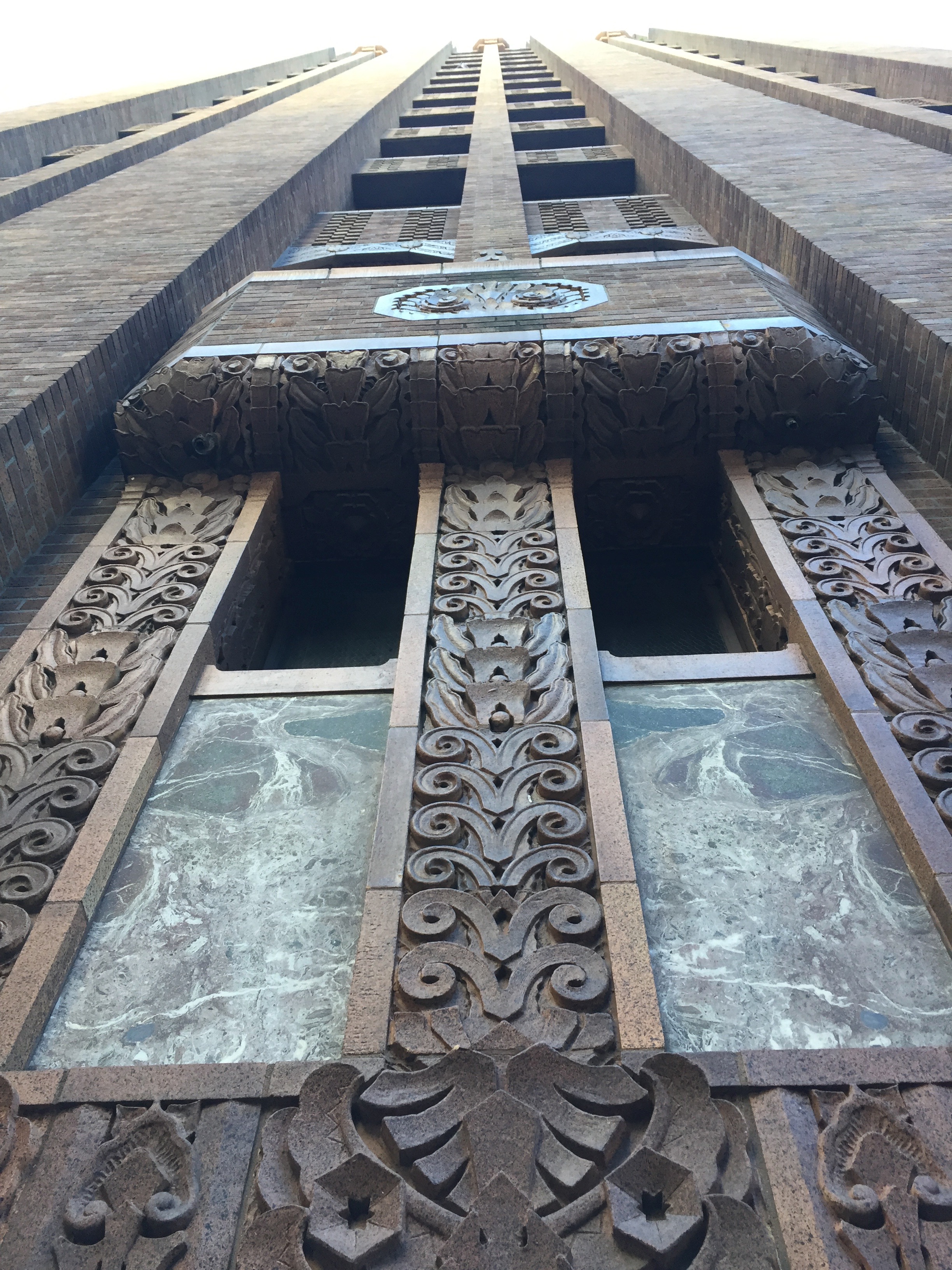 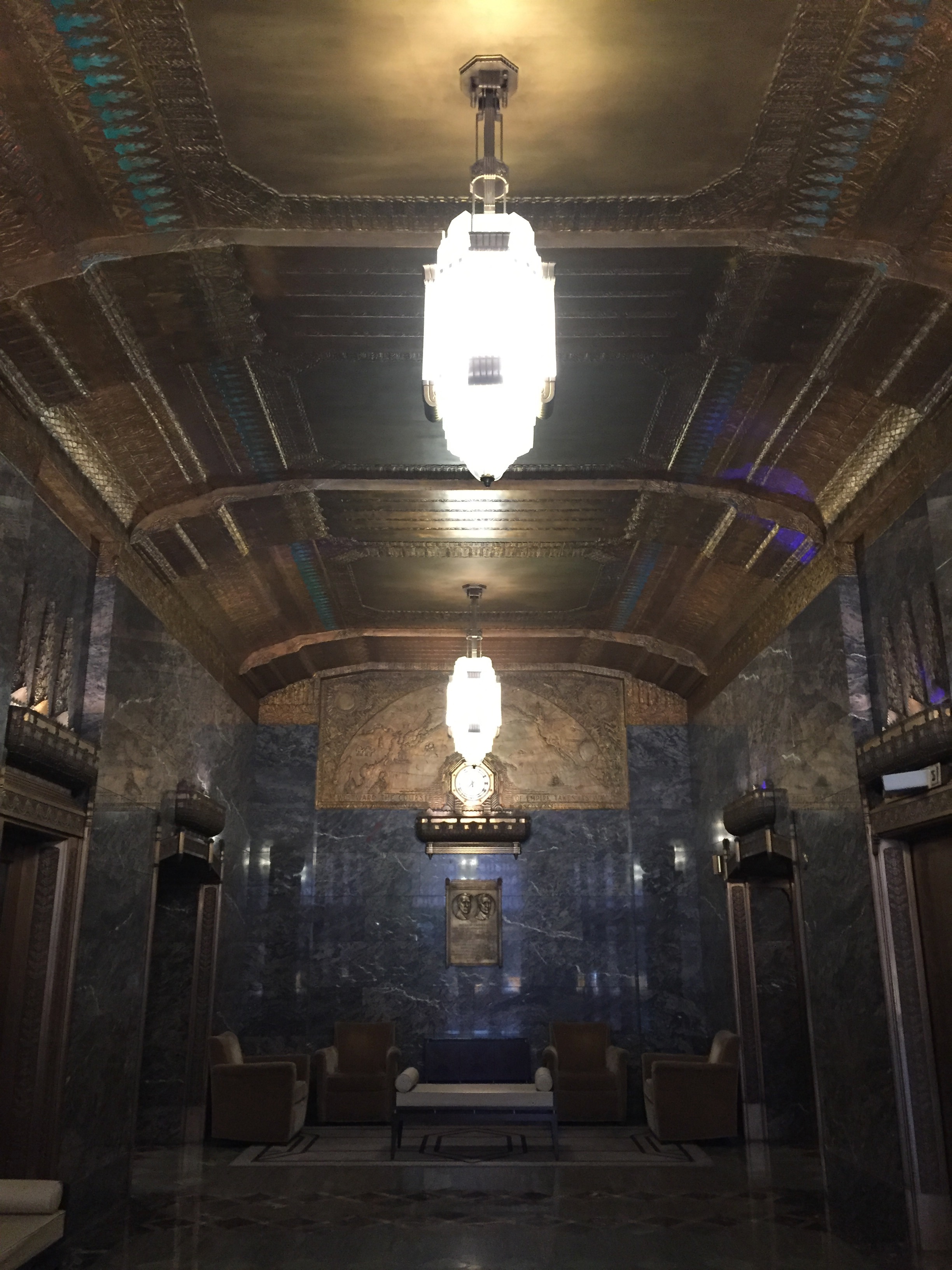 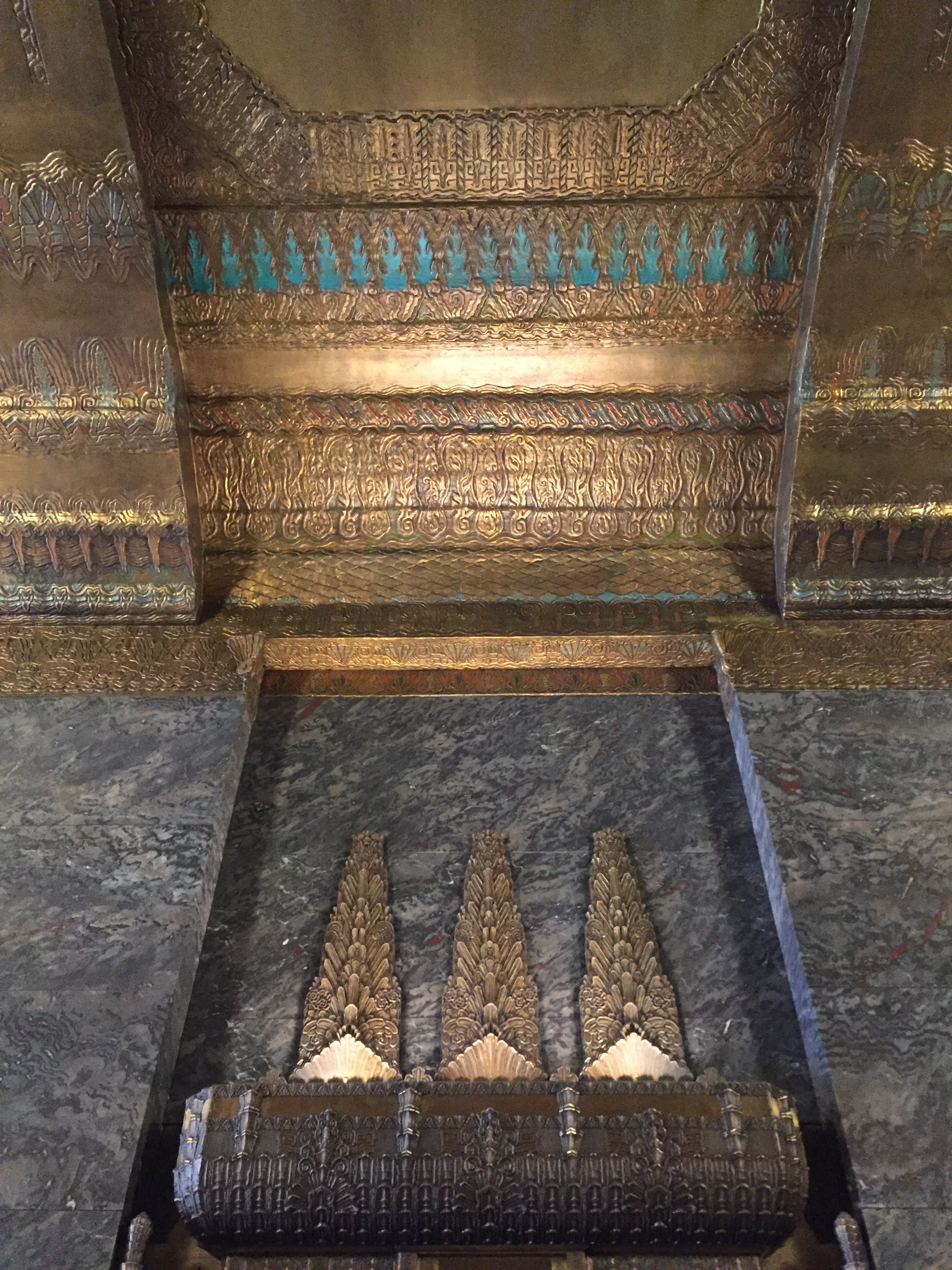 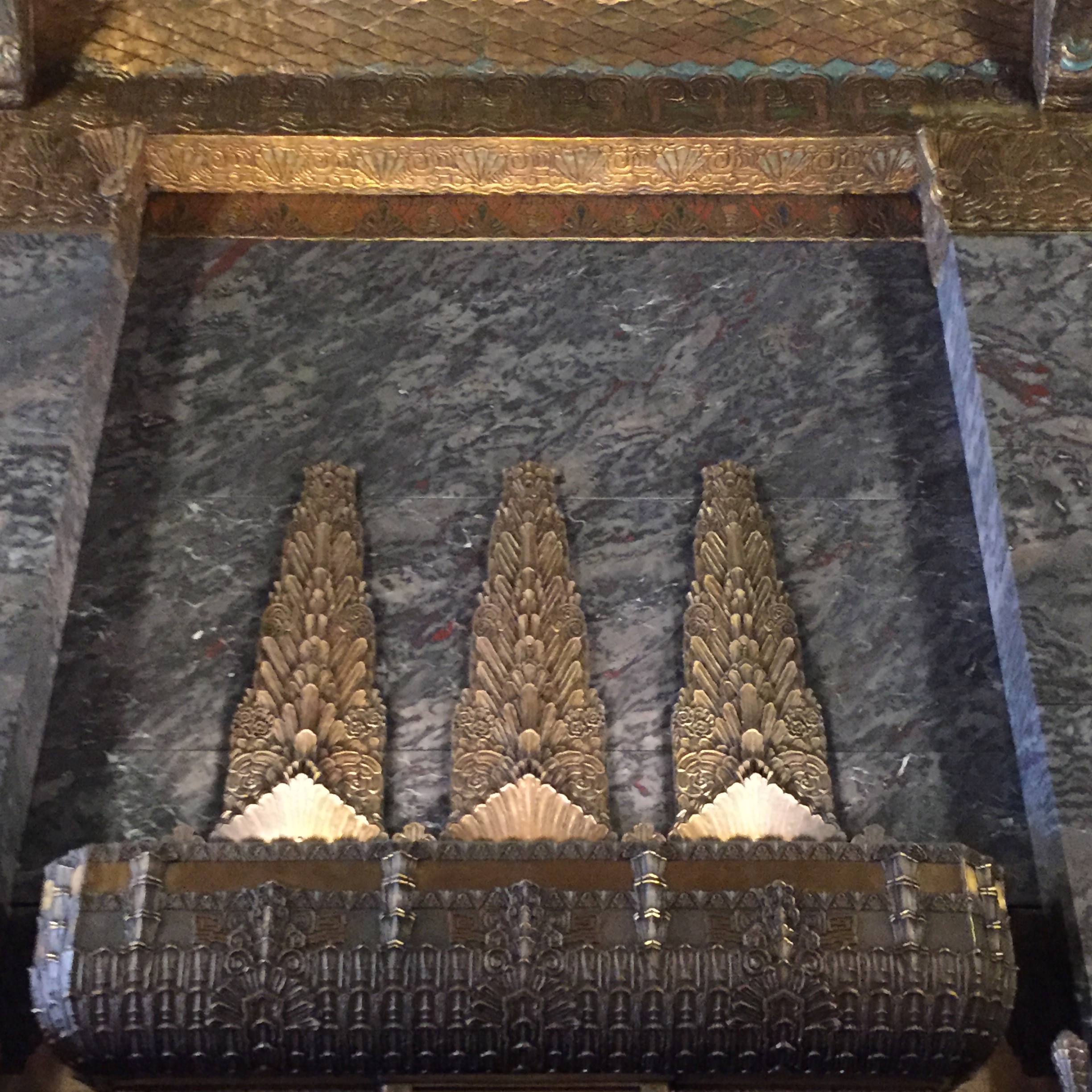 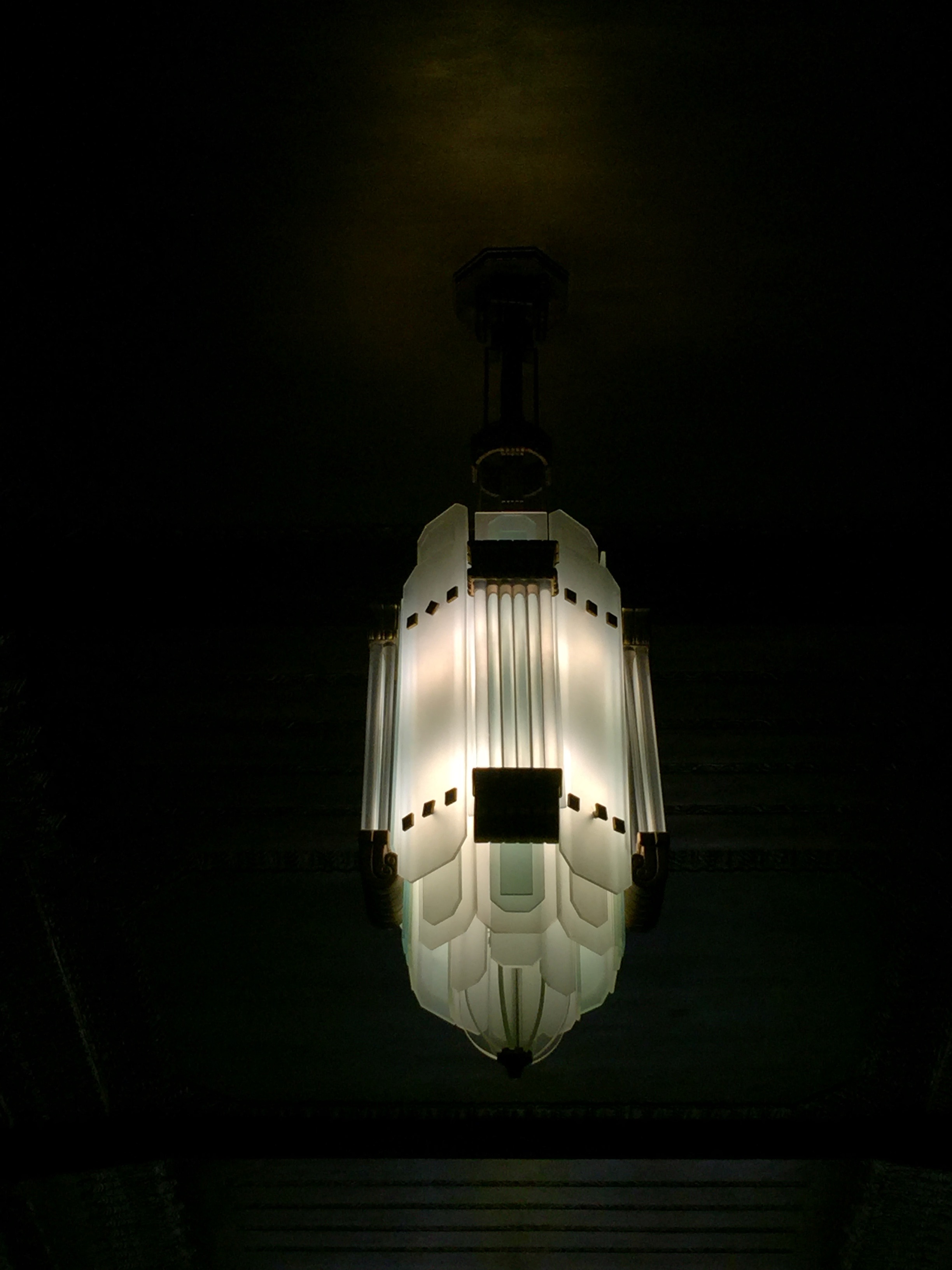 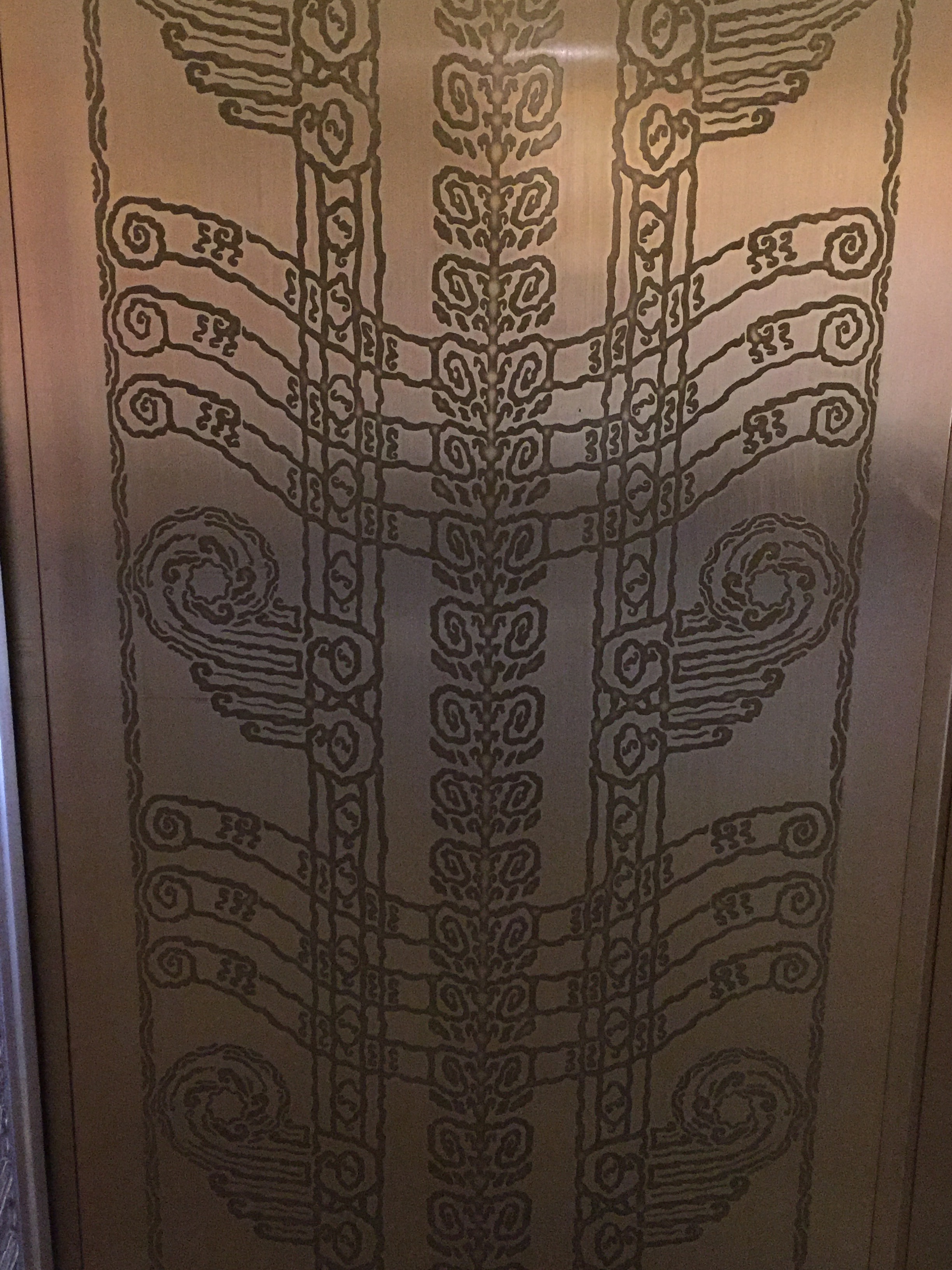 The elegant Olympic Hotel built in 1924 is the Grand Dame of Seattle. The luxurious hotel is presently managed by Fairmont, one of my favorite hotel groups. 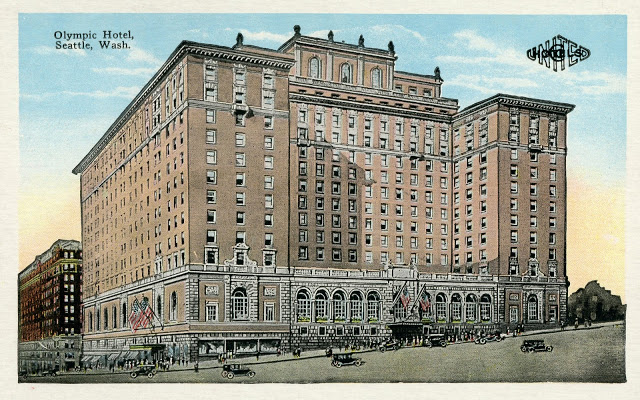 Exchange Building was built in 1930 to be Seattle’s Stock Exchange and at the time was the second largest concrete building in the United States. Early tenants included General Electric, Standard Oil, Edison Lamp Works and Underwriters Laboratories. The streamlined vertical exterior is contrasted by an ornate interior using rainbow granite and a variety of geometric and fern-inspired motifs. What I took away from this tour was how distinctly regional an international architectural style can be.  It made me more aware of what I was seeing as I spent the next week or so in the city. It was fun noticing the Pacific Northwest’s landscape embedded in Seattle’s Art Deco architectural landscape. 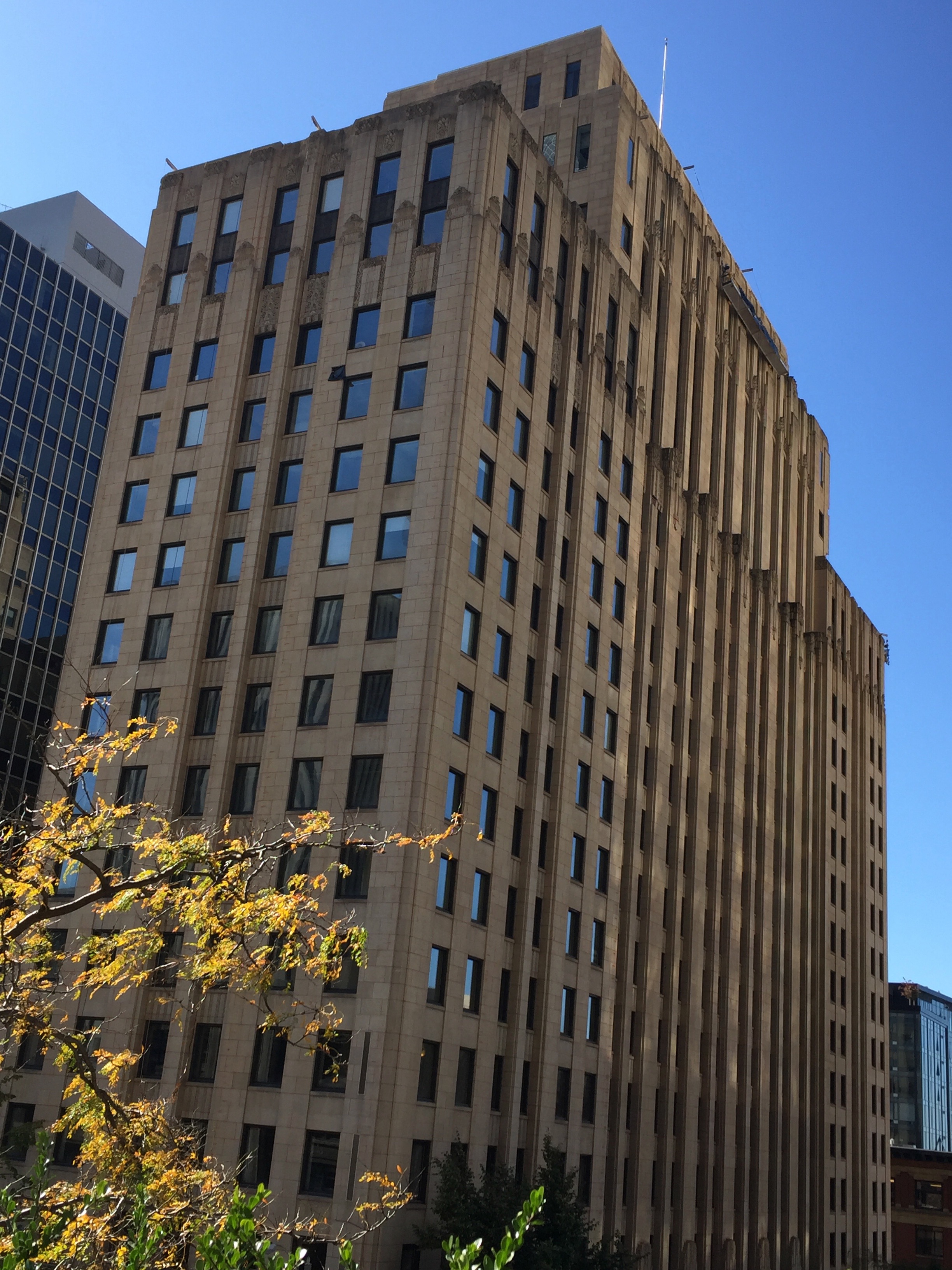 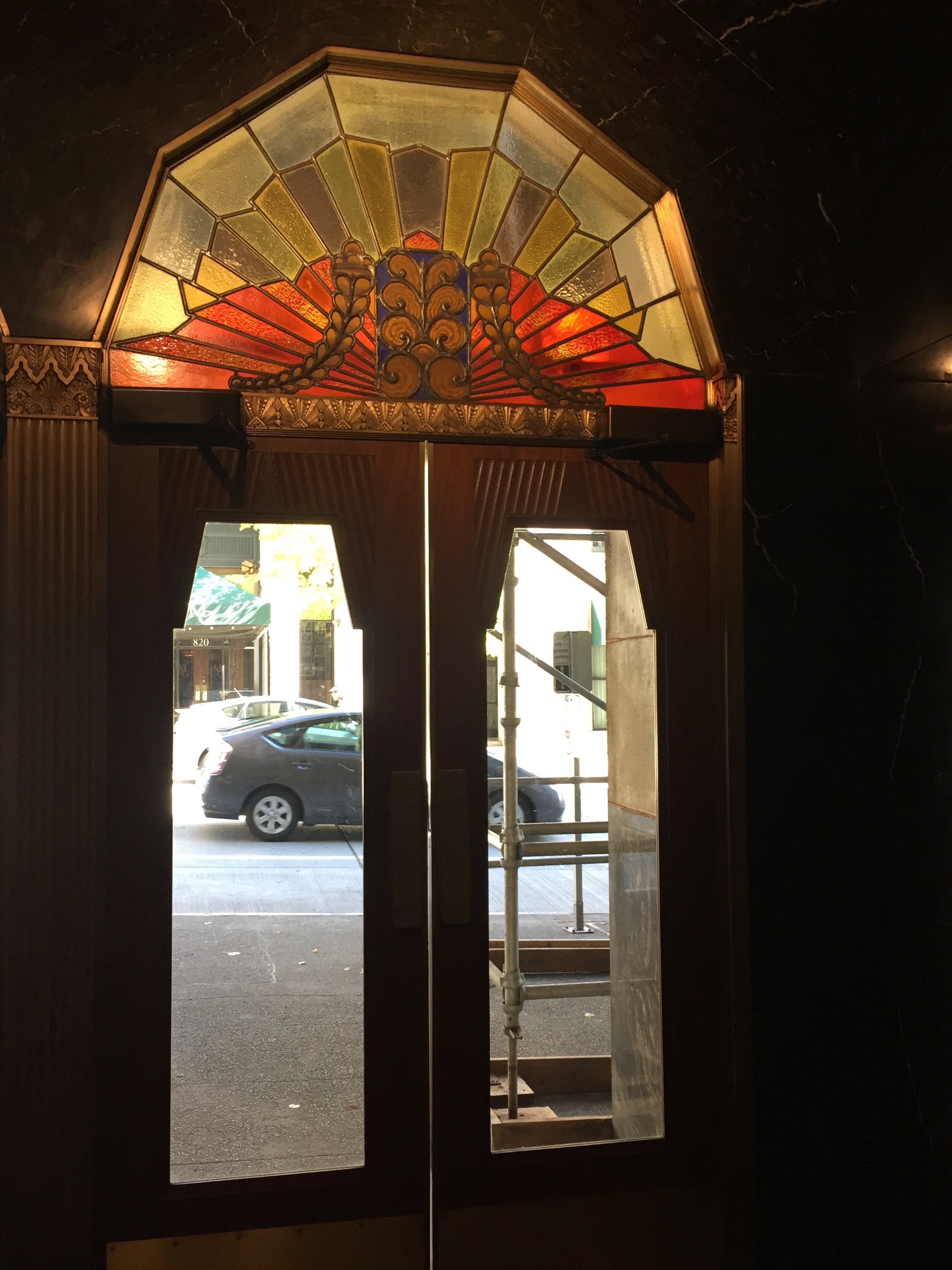 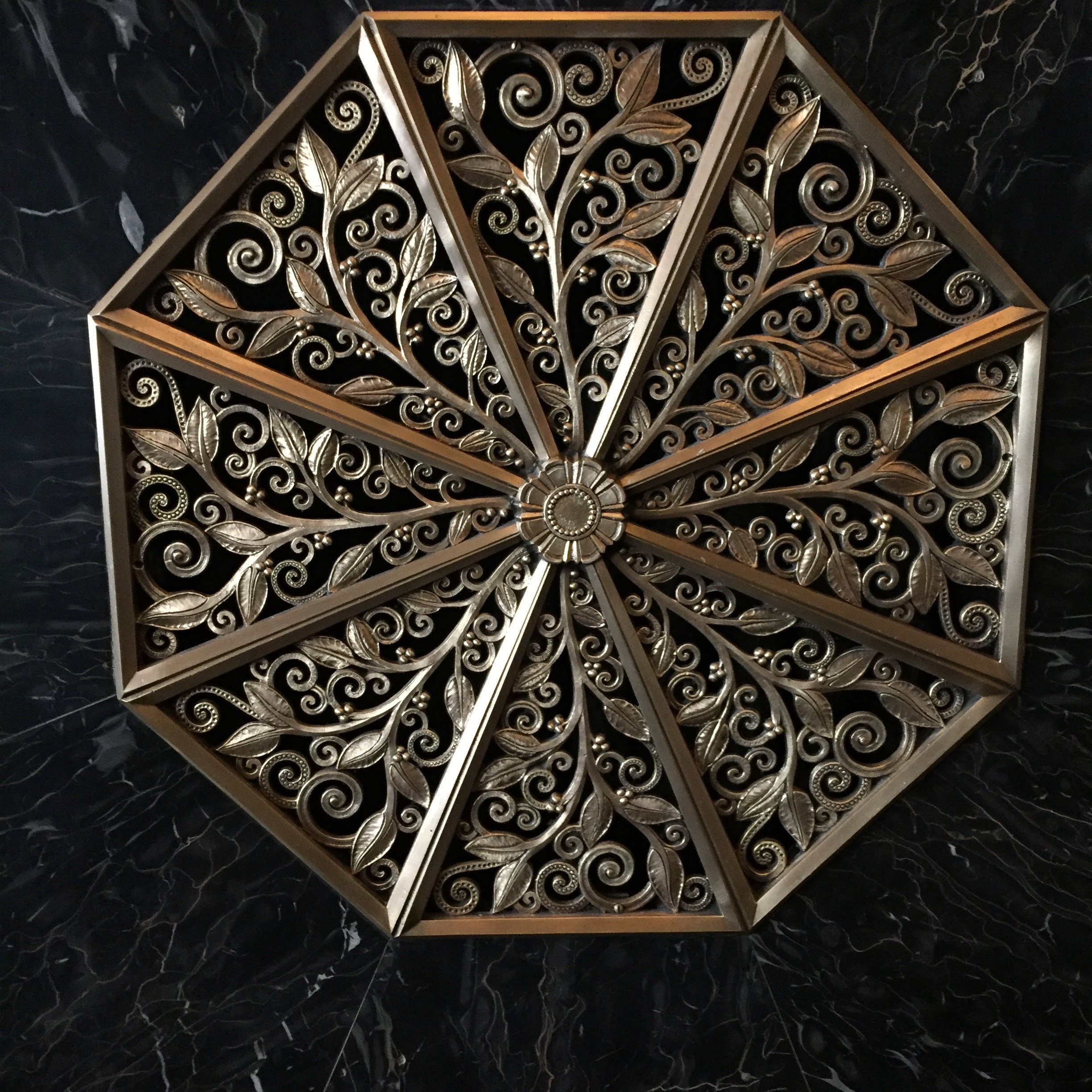 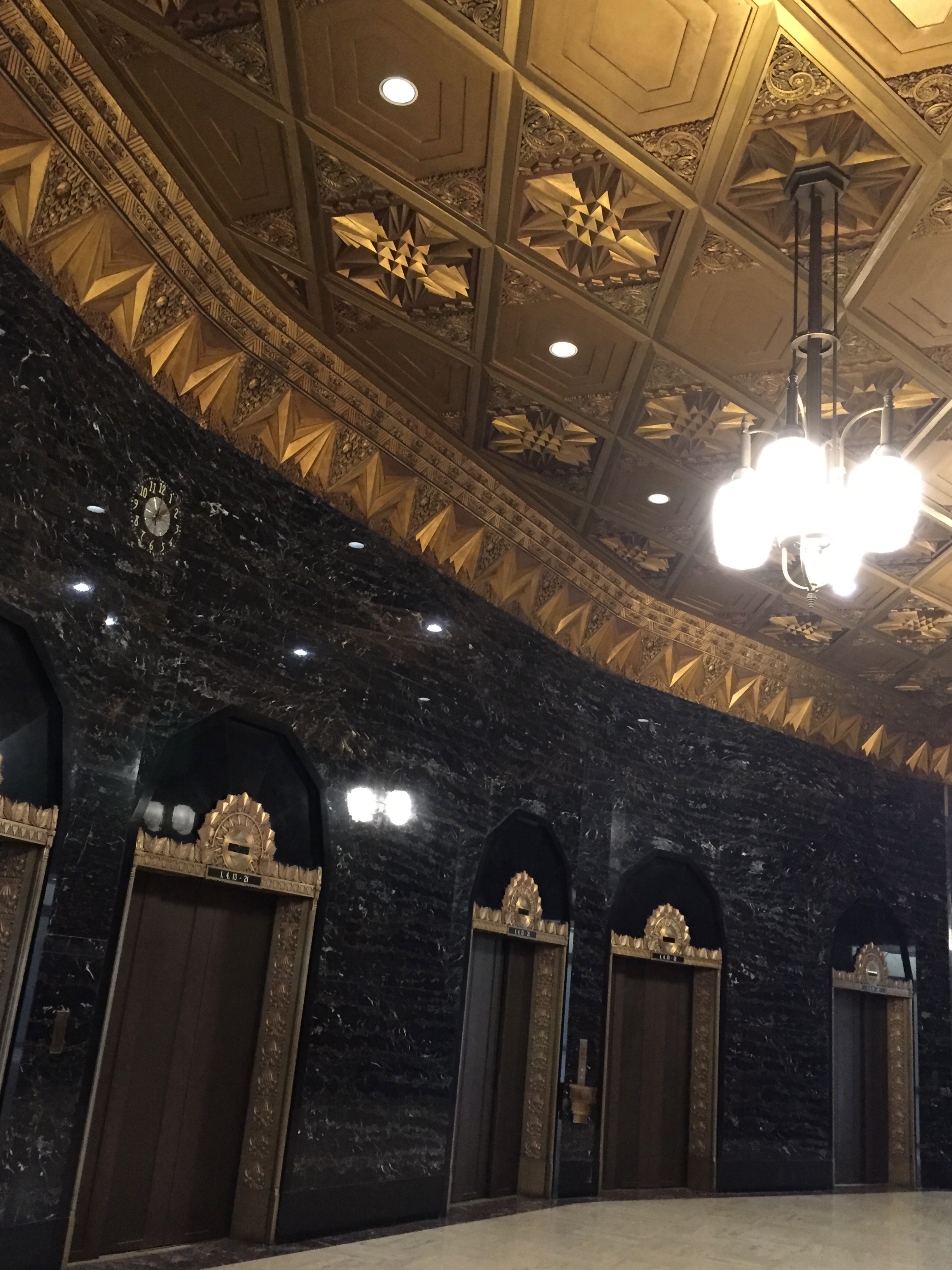 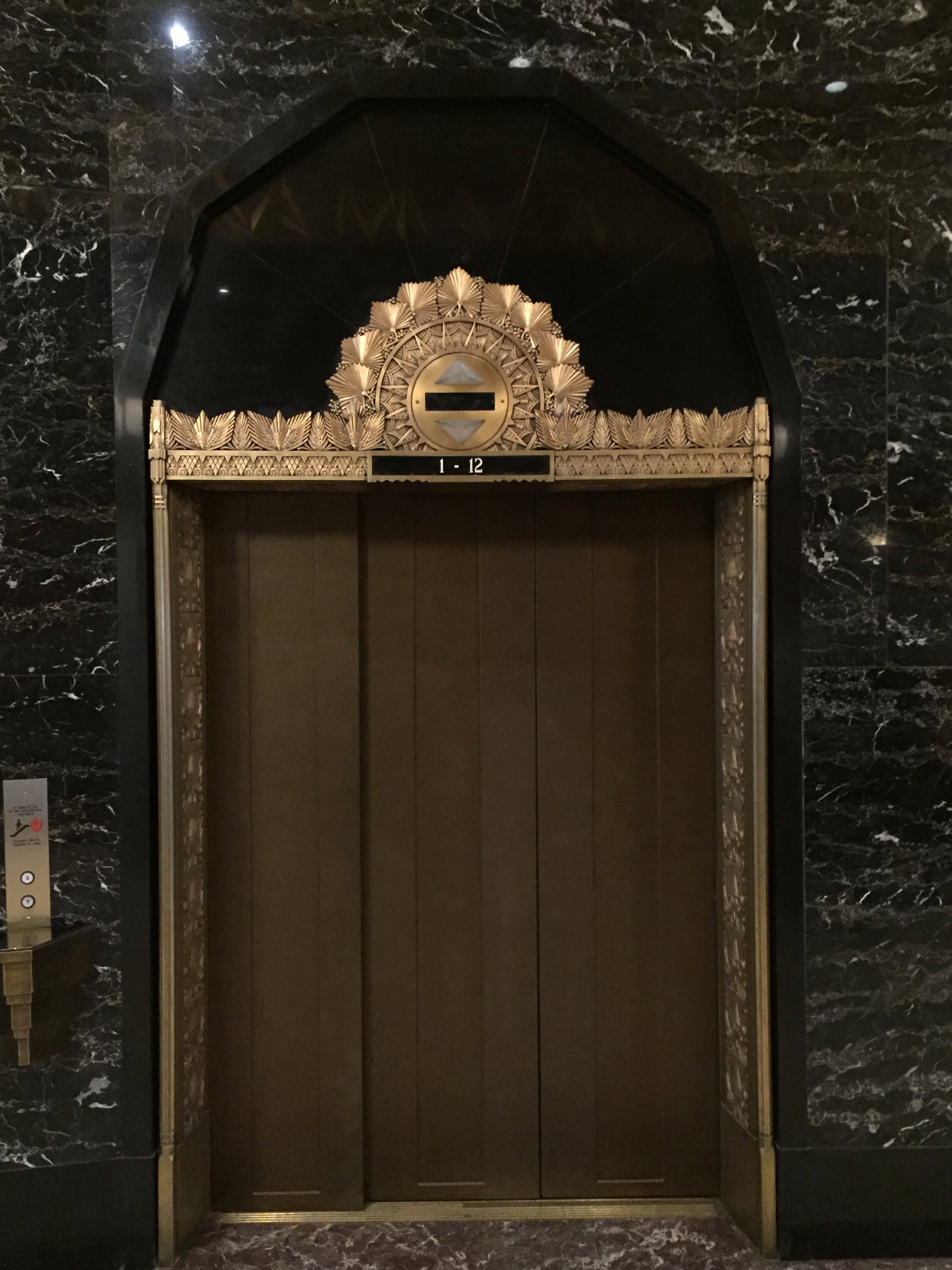 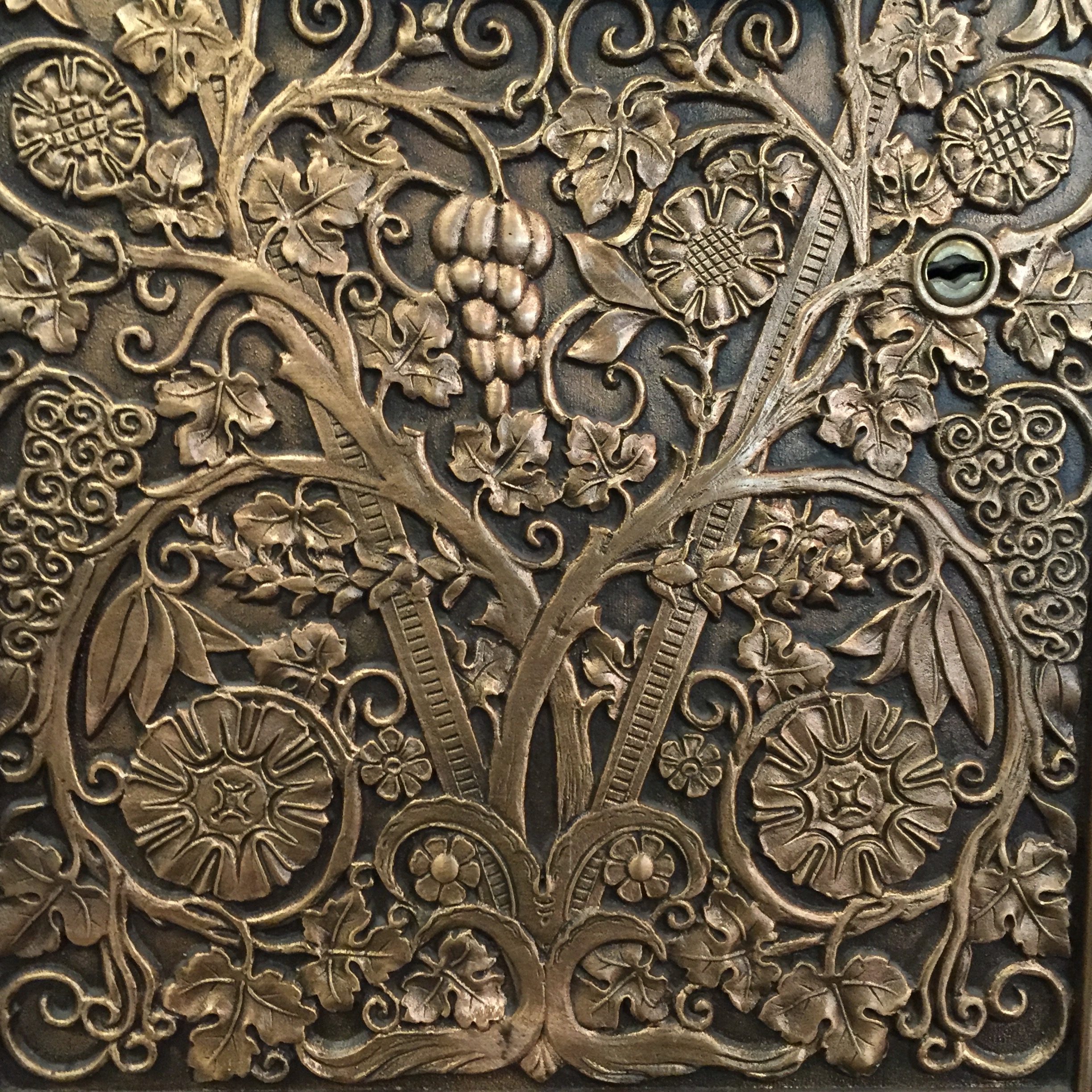 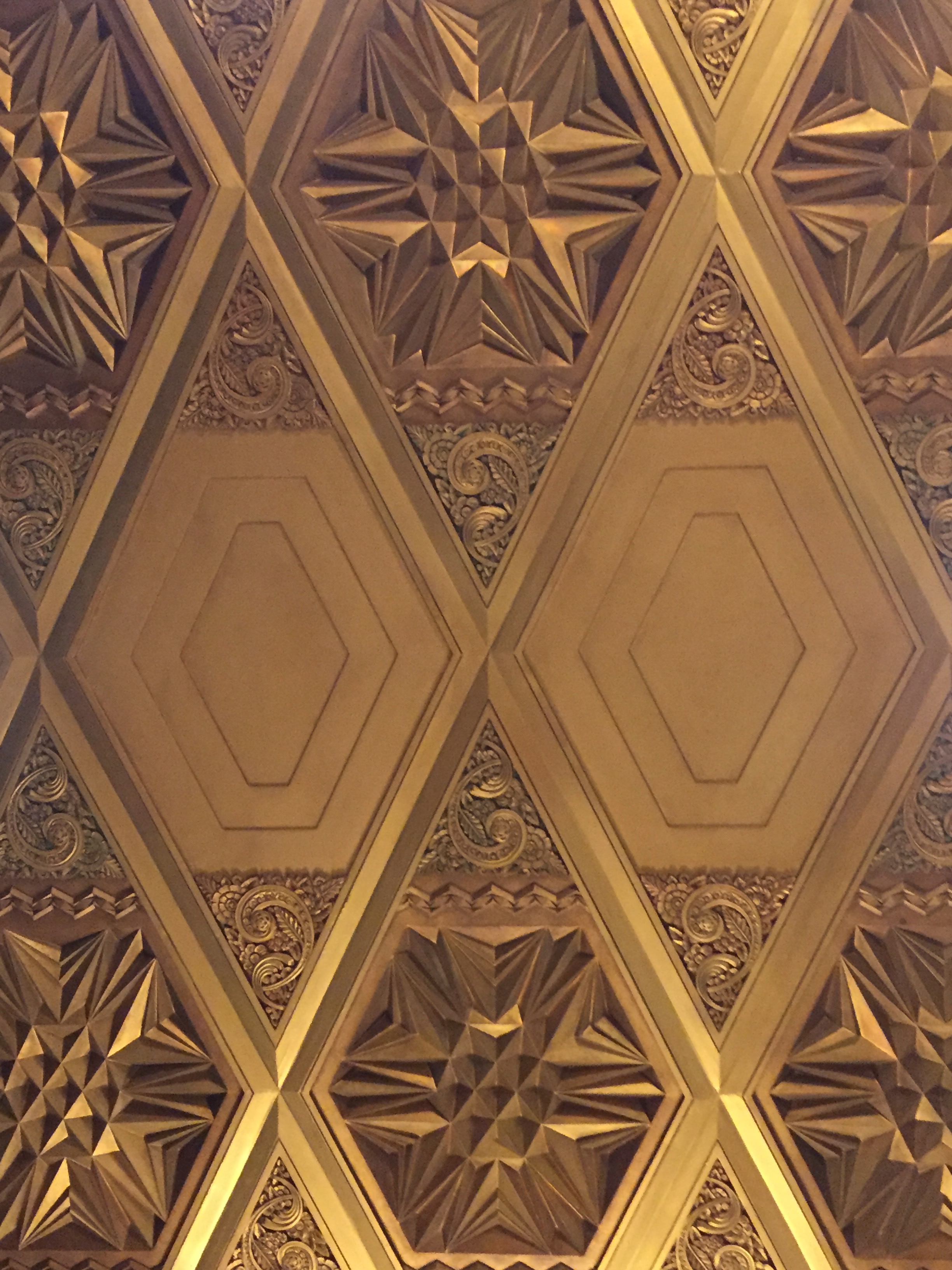 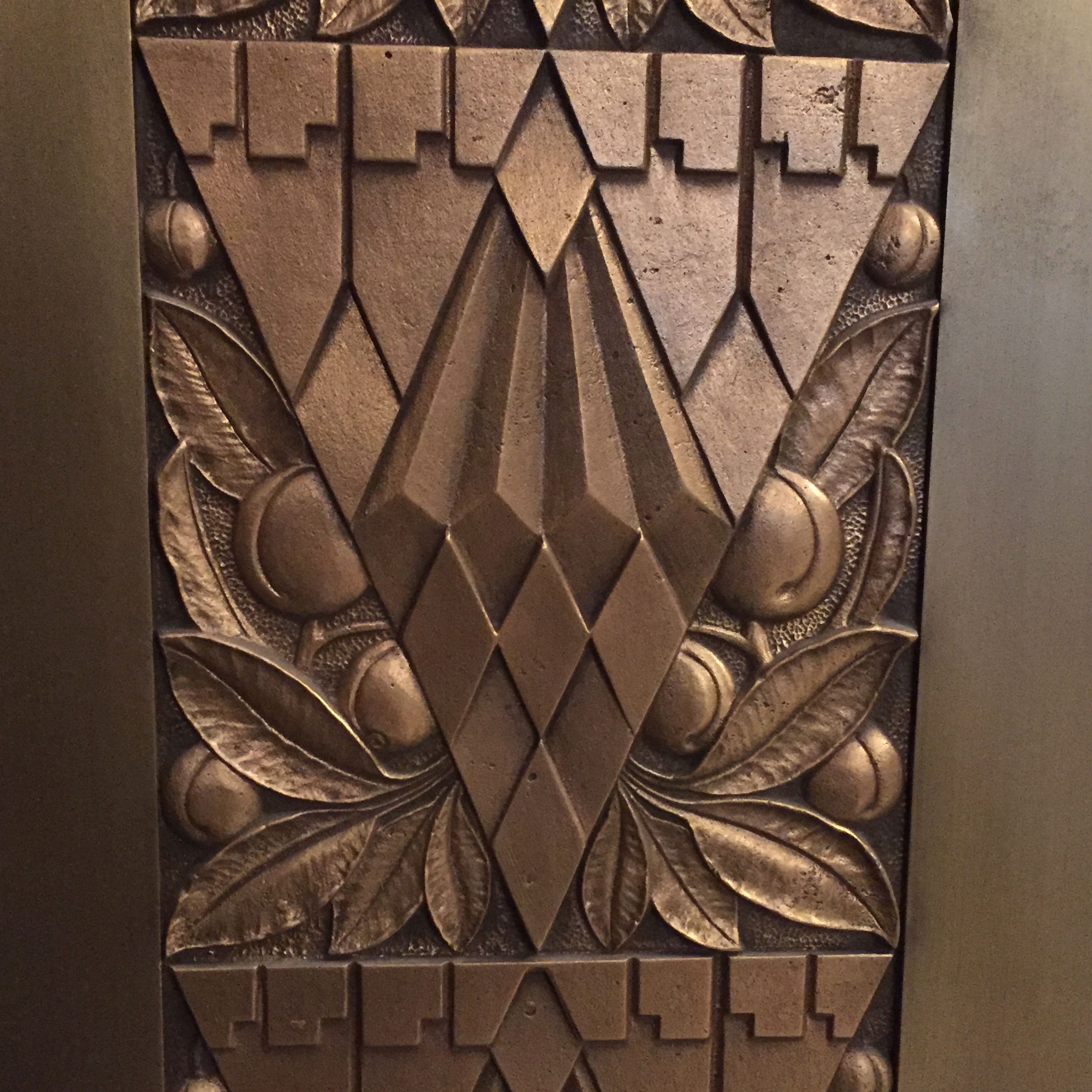 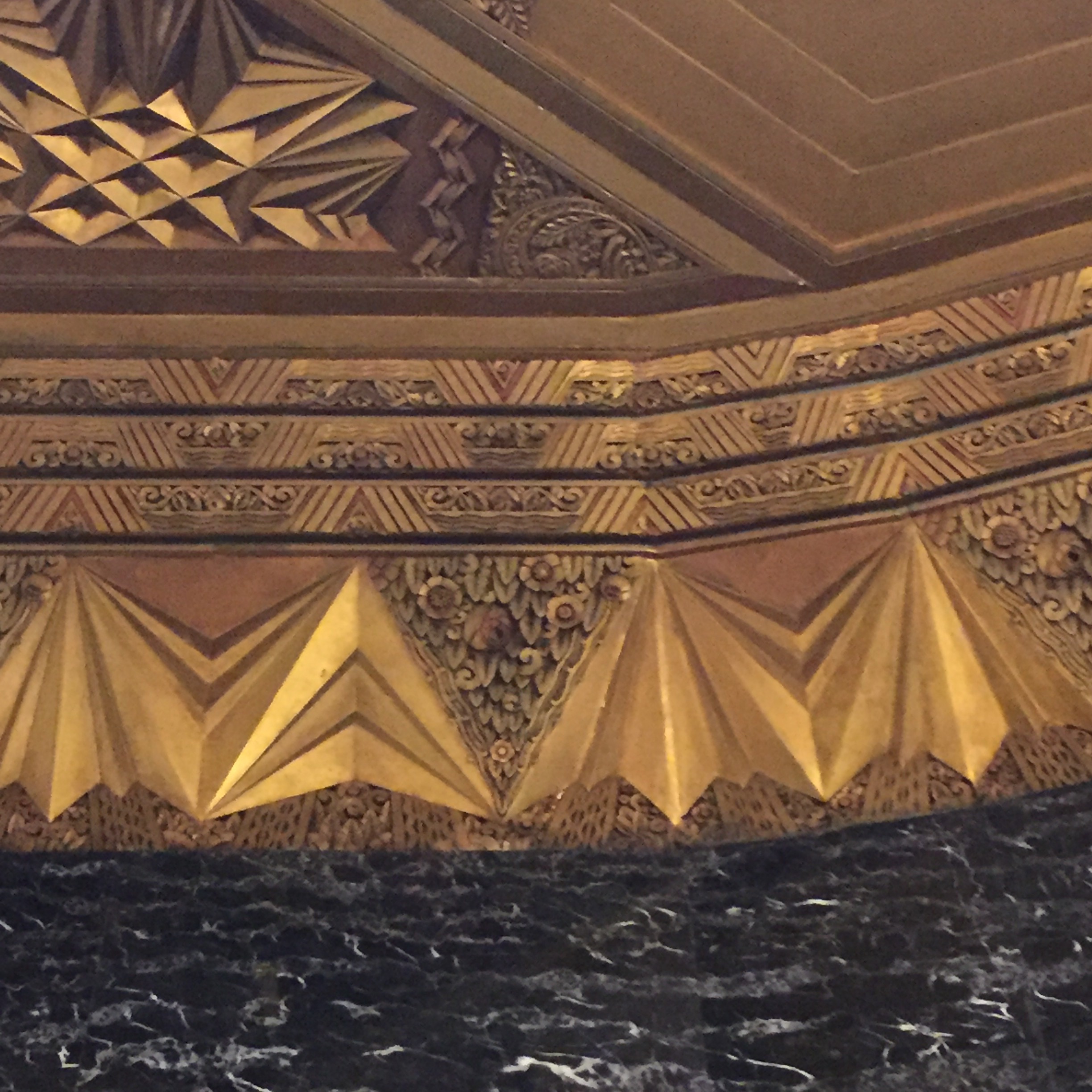 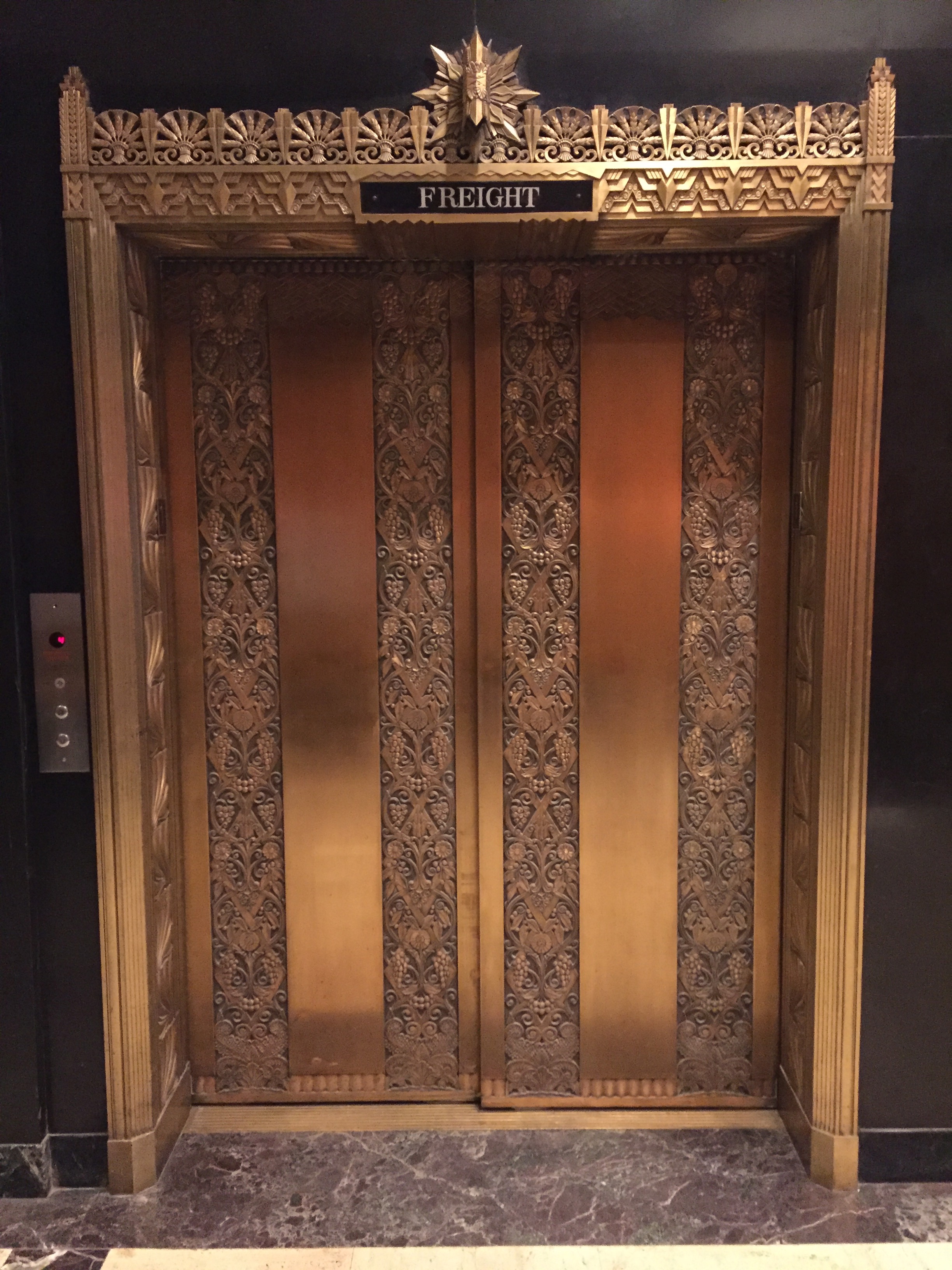 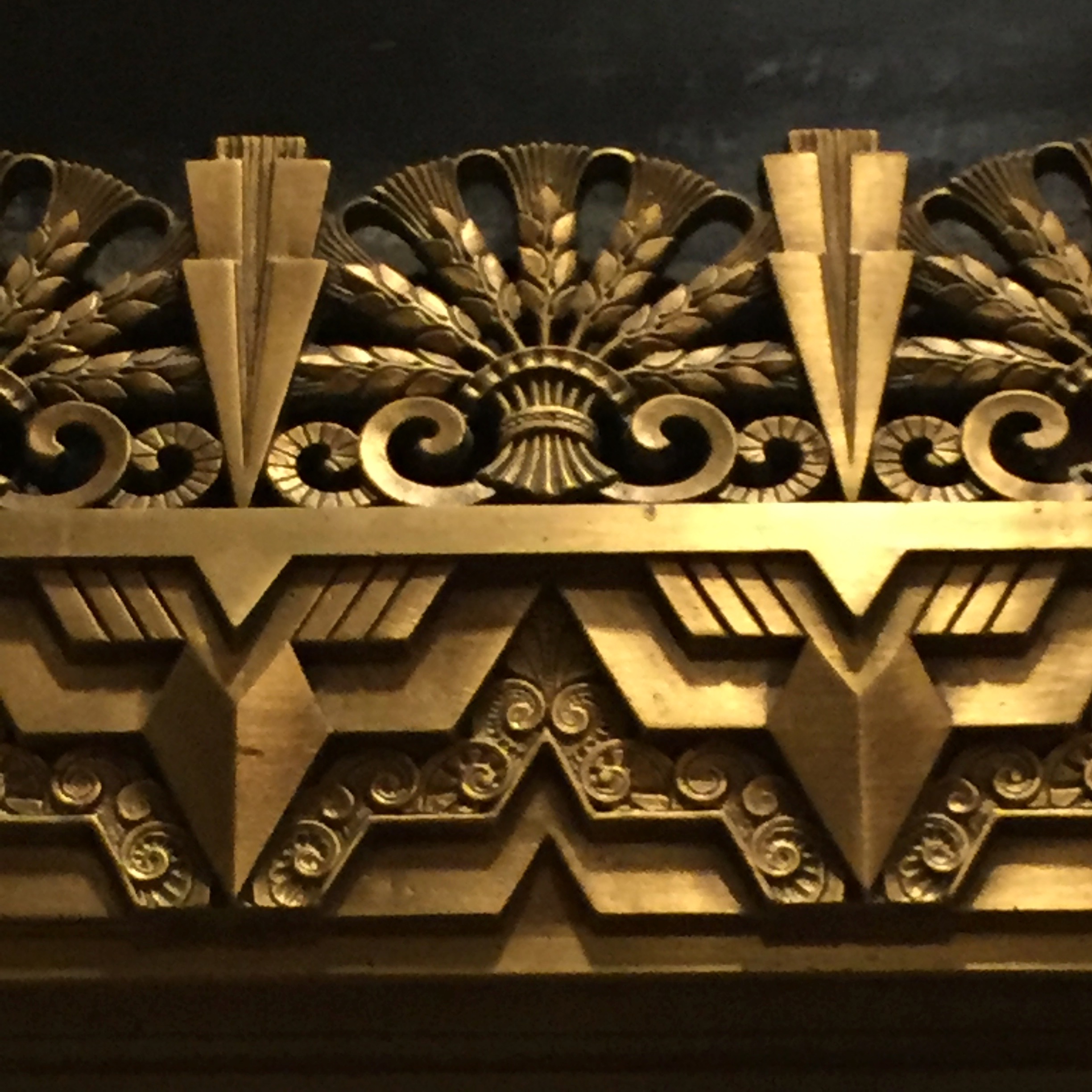