After hopping aboard a Visit Pittsburgh media tour several years ago, I learned of the William Penn Hotel‘s Hollywood connection–and have been fascinated with it ever since. The luxurious 1916 hotel has been the Grand Dame of Pittsburgh for 100 years. Having just celebrated its centennial, I decided to write a few articles over the next few months featuring its architecture, high tea, and annual ritual cleaning of the chandeliers.

One of my fondest childhood memories is watching the Lawrence Welk Show with my grandparents. My grandmother’s world came to a screeching halt every Saturday at 7PM. She sat in ‘her chair.’ I camped out on my favorite blanket. My grandfather scampered for whatever indulgences his footie pyjama-clad granddaughter demanded, which usually included frozen custard. During this time, I could negotiate just about anything with my grandparents during the show, including a later bedtime.

Lawrence Welk’s autobiography, “Wunnerful, Wunnerful,” was a best seller the year I was born. He seemed to do it all, but what’s particularly impressive was that, at his peak of wealth, he was Hollywood’s second richest entertainer (not surprisngly, behind Bob Hope) and his variety show was the second most popular tourist attraction in L.A (just behind Disneyland). Welk made a killing in showbiz, but it seemed he was as much a serious entrepreneur as he was a musician. He owned the rights to more than 20,000 songs, recording studios and was was heavy into real estate- luxury resorts, country clubs, retirement facilities and also mobile trailer parks. In fact, Welk properties are still around today.

Larry’s early days were spent on a farm in North Dakota, where his home is now a landmark museum and the ND State University houses the Welk archives. His early bands from the 1920’s, ’30s and 40’s had names that reflected their style:The Biggest Little Band in America, Lawrence Welk’s Fruit Gum Orchestra, Novelty Orchestra, and The Hotsy Totsy Boys. (All of these photos come from wikepedia or the archives website). It is safe to argue that Welk spearheaded America’s most successful band. But what made them such a hit? Their music targeted middle America. Who doesn’t love a good polka? They also introduced America to that vague category then referred to as ‘novelty music’ – Latin love songs, French dance tunes and other exotic rhythms to which Americans were newly exposed during the world wars. The irony– as Americana as Welk is, he brought world music into our popular culture.

One of the most surprising things I’ve learned was that a very young Lawrence Welk made his orchestral debut on New Year’s Eve 1938 at the William Penn Hotel in Pittsburgh (a place with which I am intimately familiar). This hotel is currently owned by Omni, but remains the city’s Grand Dame, serving up one of the best brunches in town, hosting a daily high tea, and offering old-school door service by a lanky man in tuxedo and top hat. Time has sort of stood still for this hotel. Fittingly, the William Penn is where the phrase “Champagne Music” was coined to describe Welk’s sparkly music and ultimately came to define his style. Listening to Welk’s orchestra was like sipping the bubbly! Also, it was here the concept of the “champagne lady” took shape. The leading (singing and dancing) lady, so to speak, of which there were eight through the ages.

One can tour the William Penn and see display cases of artifacts, including the famous “bubble machine” invented by a William Penn Hotel engineer for Cecil B. Demille’s 1947 premiere of “Unconquered,” filmed in Pittsburgh. The bubble machine was soon made famous on the “Lawrence Welk Show.” If you are not staying at the hotel, I still recommend going for high tea or to imbibing in great hand-crafted Prohibition-inspired cocktails at the Speakeasy Social Lounge, which once really was a speakeasy tucked beneath the hotel. Secret escape door and all!

Another tidbit for the old music buffs: Count Basie and his orchestra were broadcast live playing from the Chatterbox Supper Club venue at the William Penn in 1937. The William Penn is truly a Grand Dame of a hotel in every sense of the word! 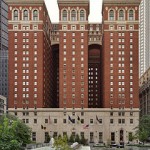 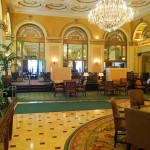 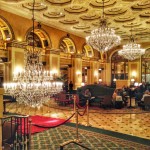 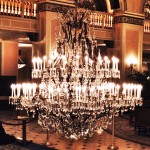 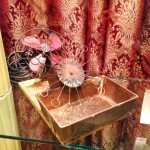 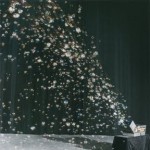 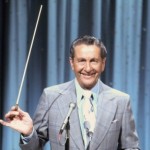 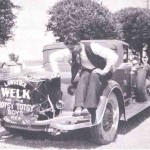 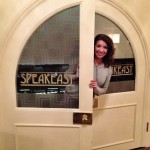 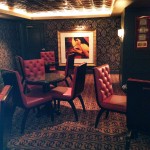 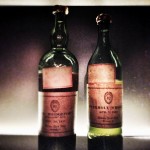 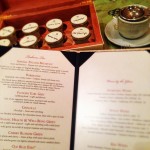 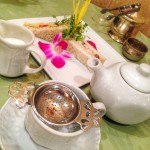 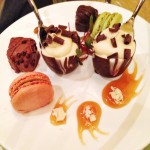