It’s Factoid Friday! Did you know? …

Did you know… Plymouth was not the first place the pilgrims landed? Their very first stop on November 11, 1620, was in Provincetown on Cape Cod–five weeks before settling Plimouth Plantation on December 16. The English colonists spent several weeks exploring the outer Cape Cod bay from Provincetown to Eastham looking for a suitable place to set up a colony. A plaque at Pilgrim’s First Landing Park overlooking the West End Breakwater in P’town commemorates the spot where where the ship first docked and the Mayflower Contract was written and signed. Read more about this first landing in Discover Cape Cod. 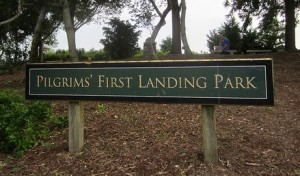