“As soils are depleted, human health, vitality and intelligence go with them.”  ~Louis Bromfield

To say Louis Bromfield was a strong advocate of scientific agriculture is an understatement. Bromfield not only championed the American farmer in a time of great depression, but spearheaded a radical conservation effort in the name of soil, rain and man. His life, literature and legacy are centered on the interconnectedness between earth and its inhabitants; a topic of increasing consequence in the twenty-first century.

Mansfield native, Louis Bromfield (1896-1956) is best known as a Pulitzer Prize winning novelist, screenwriter, globetrotter, and all around Renaissance man, but to agronomists and organic food lovers he is an agricultural pioneer, revered for innovative farming techniques, visionary views on conservation and sensitive writings about the interrelationship between humans, beasts and nature.

Bromfield spent much of his childhood on his grandfather’s farm, developing a deep respect and admiration for the “life of the husbandman.” He flirted with agricultural studies at Cornell, but opted for a journalism degree from Columbia University, soon writing critically acclaimed books and winning the 1927 Pulitzer Prize.

The illustrious author who counted famous artists, actors and a maharaja among his friends viewed himself simply as a farmer at heart. After a decade in Europe, several trips to India and a disheartening stint in Hollywood, Bromfield packed it in, returning to his native Ohio. At age 41, with nearly two dozen novels and short story collections under his belt, Bromfield traded in his pen for a pitchfork.

Bromfield was beckoned home to the rolling hills of Pleasant Valley in northern Ohio where he purchased nine hundred acres in 1938. He built a 32-room farmhouse, naming it for the famed Malabar Coast of India where two of his best-selling novels were set. Bromfield lived out the rest of his life at Malabar Farm; experimental farmer by day and best-selling author in his spare time.

For the next two decades, Bromfield dedicated his life to soil conservation, pioneering innovative grass-based, sustainable farming techniques. Malabar Farm was one of the country’s first organic farms and among the first to ban the use of pesticides. One of Bromfield’s most impressive endeavors was his hard stance against monocultural farming. For generations, large scale single crops depleted the soil of its vital nutrients, impacting the entire ecosystem, with birds among its biggest casualties. Crop rotation not only gave the soil time to replenish itself, but drew a diversity of wildlife back to the land.   Strategic integration of crops and livestock; recycling the biomass; vegetation management; and innovative machinery were among the methodologies that together helped heal the land and produce a healthy food source.

Malabar soon became the most famous farm in America and served as a model for Bromfield’s “New Agriculture,” drawing upward of twenty thousand visitors annually from around the world. Farmers and schoolchildren weren’t the only pilgrims. Some of the 1940s biggest Hollywood stars found their way to Pleasant Valley- and all had to earn their keep at the Big House by undertaking daily farm chores. Humphrey Bogart and Lauren Bacall were frequent visitors to the farm and secretly married at Malabar in 1946 where a shrine to their nuptials remains in the dining room.

Malabar Farm became a living classroom during Bromfield’s lifetime and continues as such with extensive programming and year round workshops. Enthusiastic tour guides lead visitors through the artifact-laden Big House and on tractor tours of the sprawling property, telling entertaining anecdotes of Bromfield’s personal life and agricultural legacy. A mile away from the main house is Malabar Farm Restaurant, serving Malabar-raised meats and other seasonal, organic products on the home-style menu.

Just up the road is Bromfield’s original street-side market, the early farm’s most profitable enterprise. A “beautiful and airy pavilion” was built in a strategic location near the property’s natural spring which is channeled into concrete water troughs for washing, chilling and storing the products. Malabar Farm Market is open for business from May through October, carrying the farm’s fresh-picked, seasonal produce, fruit, herbs, flowers, and more. The list of culinary products available at the gift shop is equally impressive, ranging from maple syrup, fudge and brown eggs to Malabar-raised meat. Backyard farmers will find chicken feed, birdseed, hay and even small livestock, such as rabbits and lambs.

Bromfield wrote that “poor land makes poor people.” He intended for Malabar Farm to carry on as a premiere example of environmentally sound agriculture. After his death in 1956, Malabar Farm sadly fell into financial debt, but in 1976 the state of Ohio assumed responsibility, turning the property into a state park as Bromfield had wished. Today, the farm perpetuates his philosophies by pursuing ways to reduce energy consumption and environmental impact while investing in sustainable practices for the long term health of the land.

Malabar Farm, an hour north of Columbus, is worth the trip any time of year. Guests not only reap the recreational benefits of Malabar Farm’s status as a state park, but have the opportunity to learn more about farm operations, food production and natural habitats through educational exhibits and workshops. The farm’s programming offers hands-on experiences for children and adults, including hearth-side cooking, syrup production and an opportunity to visit live beehives from which Malabar Honey is harvested.

Spring is a perfect time of year to head to the farm for its annual Maple Syrup Festival. The free event is held the first two weekends in March, with demonstrations in syrup production, tours of the sugar camp and other special events. Spring is in the air when syrup buckets dangle from the trees and nothing screams summer like a barn dance. Warmer months bring hayrides, square dancing, fishing and “Farm Fun” Days, while autumn ushers in harvest activities and the Ohio Heritage Days. Malabar’s year ends with sleigh-rides and holiday candlelit tours. Every season brings a different experience, so that one visit is almost never enough.

From Pitchfork to Pen

Bromfield earned fame as a novelist whose books were focused on the need for humans to live in harmony with each other and nature. He eventually turned his pen to non-fiction, writing serious environmental books and sensitive, introspective tales of life on the farm. One of Bromfield’s most beloved books, Pleasant Valley (1945) spells out his progressive ideas about organic farming and wide-eyed sense of rediscovery. The sequel, Malabar Farm (1948), is a collection of essays about the successes and shortcomings of his estate. Out of the Earth (1948), New Pattern for a Tired World (1954), From My Experience (1955), Animals and Other People (1955) show various dimensions of the man: nature writer, ecologist, philosopher and myth-maker. All six books are important inclusions to the canon of environmental writing and continue to inspire modern agricultural practices.

WOSU sells a DVD titled, The Man Who Had Everything, the only documentary about Louis Bromfield is narrated by film legend and his close friend Lauren Bacall. The film chronicles the life of a Pulitzer Prize-winning novelist, successful Hollywood screenwriter and a true Renaissance man who became one of America’s most famous farmers.

The original article by Shawnie Kelley was printed in Edible Columbus. No parts of this article may be reprinted without express consent of the author. 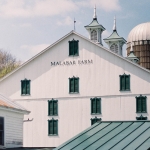 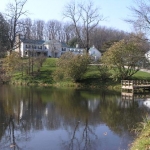 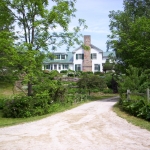 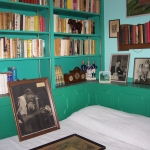 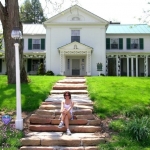 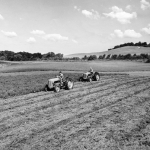 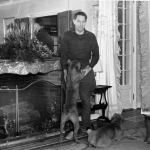 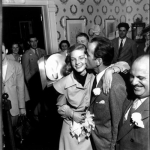 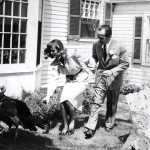