The Grand Hotel experience begins even before stepping foot onto northern Michigan’s Mackinac Island. First glimpse of the stately white columns and billowing flags of the hotel unfurling along the hillside hints at the timeless luxury that awaits across across the bay. The fifteen-minute ferry ride (we used Shepler’s Ferry out of Mackinaw City) is just a teaser as the boat closes in on the quaint harbor town and the hotel slips out of site. The Chamber of Commerce weather boosted our excitement even further as we zipped across the crystal blue water. After docking, a clamor of ferry passengers descended upon their respective luggage trolleys. Then it became apparent the special treatment Grand Hotel guests are given even prior to check in. Our baggage was carried ahead as part of our hotel stay, allowing for hands free maneuvering to find the Grand Hotel transportation, which was a old timey, horse-drawn carriage waiting just off the dock.

Since no power vehicles are permitted on the island, top hat-clad carriage drivers have been delivering guests to the Historic Hotel since 1887. During a later Mackinac Island Carriage Tour of the island, we learned from our chatty driver Aaron that 500-600 horses serve as a 24-hour taxi service during peak season. He toured us around, discussing the local church, graveyard, residential population, and architecture before depositing us at Fort Mackinac.  We toured the 1782 fortress which once protected our northern boundaries during the War of 1812, then popped into the Grand Hotel Stables, which houses a lovely (free) museum of antique carriages. The lulling sound of clip-clopping hooves (and the occasional whiff of horse manure in the unexpectedly breeze-free heat) are sensory memories that makes this place so special and left me with one of many forever impressions.

After checking in, we made our way up the stairs, through the parlor and along the hotel wing to our rooms. Mandy commented that it was as if we walked on to the Titanic. I would not disagree. My room, #16 was a few doors down and the luggage wasn’t far behind, delivered by a friendly bellhop. My parlor-level room was a perfect place to raise the windows and watch horses and people parade by while catching the sun shimmering on the lake off in the distance. Even though the room was ground level, the landscaping was thoughtfully designed as to naturally protect the windows from passers by. Every room is decorated differently. After peeking into others during cleaning service, I realized the amount of character and thought put into each space. The rooms have serious personality, but several little details tickled my fancy: skinny Grand Hotel pencils, delicate cups in the coffee station, old school keys, a matchbook of mini-nail files, and red British phone booth cards with television information. The turndown service was a treat as the shades and curtains were drawn, used towels or cups replaced, and minty chocolates ensured sweet dreams.

The Grand Hotel’s Convention Manager, Mike Concannon turned up to meet us all bowtie, smiles, and charm. He helped to plot our itinerary and extended a most gracious offer of Afternoon Tea in the lobby (watch for a future article about the hotel’s charming tea time). It was one of the most bustling teas I have ever experienced, and who knew Cold Play could sound so good on the harp? We had a little time to poke around the property before dinner, and the smashing weather beckoned us out of doors. Vistas over Lake Huron were almost as inviting as the high-backed white rocking chairs on the 660-foot long veranda- the country’s longest hotel porch. We opted for a chair and the view – and a glass of wine.

Formality at the Grand Hotel reigns supreme after 6 p.m. Knowing about the dress policy in advance inspired us to pack the best from our wardrobe for each evening. I absolutely melted seeing little boys in summer suits and ties, young girls in their Sunday best (and it was Sunday!). Adults looked dashing and were far dressier than I have seen just for supper in a very long time. This new found appreciation for dressing up at dinnertime caused me to bemoan that it doesn’t happen more often when going out at home– a tradition I immediately implemented here in Columbus. What I learned from the get-go is that one should expect nothing less than first rate service with a smile, rooms decorated with cheery individuality, and exquisite food at the Grand Hotel. Stand by for an article about our dining experiences, which included Afternoon Tea, breakfast and a five-course dinner in the Main Dining Room, during which we requested a second cup of the most flavorful chicken consommé I ever had. Our lunch at the new Sushi Grand and dinner at the hotel’s offsite Woods restaurant (yes, it’s in the woods!) were our favorite meals by a close margin. Good eating was had by all.

I could wax poetic for another five paragraphs about the Grand Hotel, but we’ll save that for the book, “America’s Grand Dame Hotels.” I would love to make an annual family and friends pilgrimage to this jewel on the lake. Days filled with rocking in chairs on the Grand Porch, harp music during afternoon tea, dancing the night away in the Terrace Room, and lounging by the glamorous serpentine pool– from which I had trouble tearing myself away that final afternoon. As intended from its founding over a century ago, the Grand Hotel provides a trés genteel existence for guests– the sign of a true Grand Dame.

There is a reason the 1980 movie, Somewhere In Time was filmed here. The Grand Hotel is timeless, dreamy, and unforgettable. I was certainly lost in time. 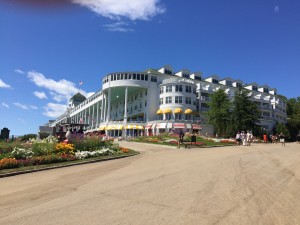 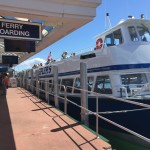 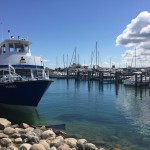 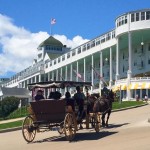 No motor vehicles on the island. Delivery to the hotel via carriage. 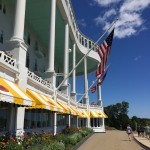 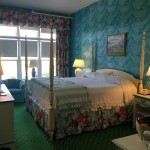 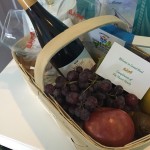 A welcome basket with the hotel’s wine, which was very good. 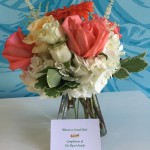 Welcome flowers from the owner. Wish I could have hauled them home. 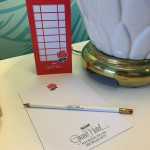 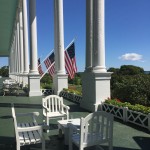 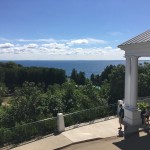 And that view of Lake Huron! Smashing weather! 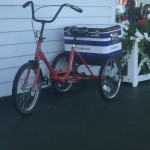 Yes you may peddle a glass of Chandon my way. 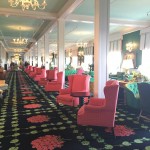 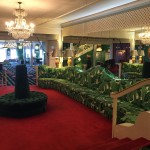 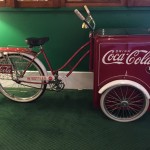 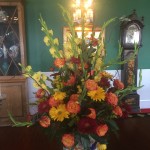 Smitten by beautiful daily floral arrangements in the parlor 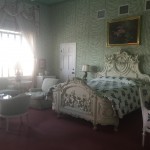 One room I peaked in to while it was being cleaned 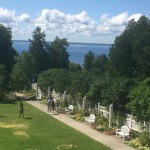 View over the lawn and lake 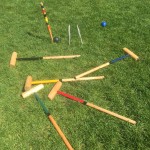 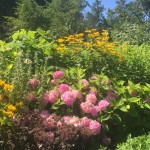 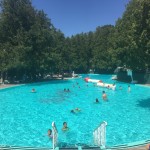 A sprawling serpentine pool. 9 feet at the deep end! 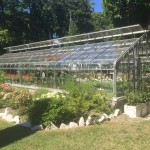 Greenhouse where property landscaping is gornw 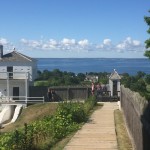 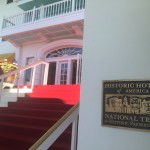 A “Historic Hotels of America” property 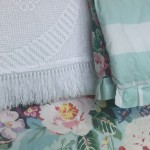 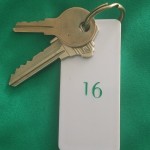 Room 16 on the parlor level 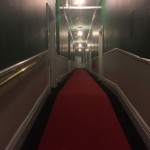 REDRUM (had to go there after a bit of champagne) 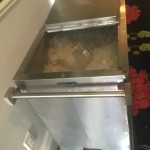 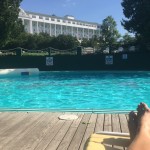 Had trouble tearing myself away from this view. 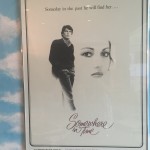 And so did Christopher Reeves… the movie, Somewhere in Time was filmed here.