Did you know? … Pittsburgh is nicknamed the City of Bridges

Did you know… Pittsburgh, Pennsylvania is nicknamed the “City of Bridges” for its 446 bridges within the city limits. It is officially the city with the most bridges in the world- outranking Venice by only three. The downtown “Golden Triangle” area alone has 29 bridges crossing over three rivers. The three bright yellow sister bridges spanning the Allegheny River are named for pop artist and Pittsburgh native, Andy Warhol; a second for Rachel Carson, the environmentalist who wrote Silent Spring; and the the third for Roberto Clemente, a famous baseball player who died in a plane crash while delivering aid to earthquake victims in Nicaragua. Let Wanderlust Tours and Visit Pittsburgh help to plan your next trip to the City of Bridges! 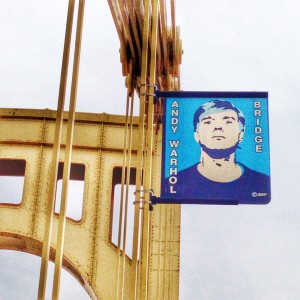